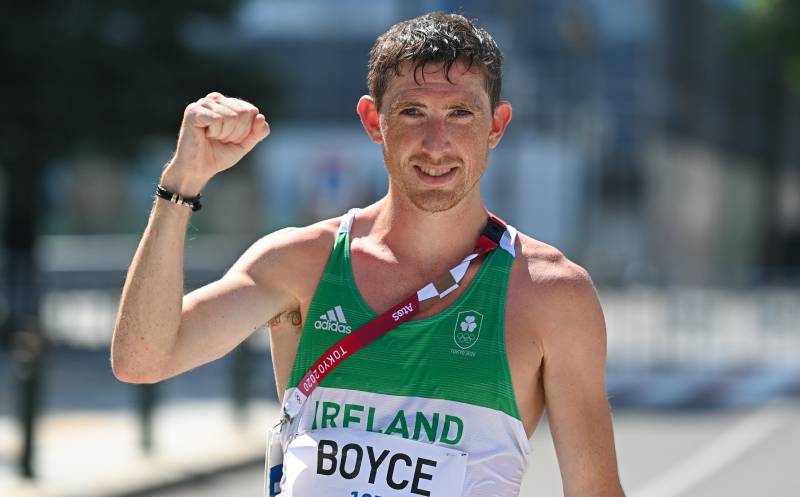 Brendan Boyce is getting ready for the World Championship in Oregon in two weeks time as he says he is ‘delighted to be selected to represent Ireland on the world stage’.

The Finn Valley athlete will represent Ireland in the 35km walk which will take place on the 22nd July.

Boyce is just one of two Donegal athletes who will be representing Ireland, with fellow Finn Valley man Mark English set to run in the 800m.

Milford man Boyce, who has been chosen to represent Ireland four times before, will go into the 35km race, having previously ran at his preferred distance of 50km.

As of the end of last year, the IAAF scrapped the 50km, much to the disappointment of Boyce, who regularly competed at the top end at a global level.

Boyce was 6th in 2019 in Doha, missing out on a medal by under three minutes, and has been training hard for the competition in Eugene.

Boyce didn’t compete at last week’s National Senior Championships because he is on a warm weather training camp in Spain in preparation for Oregon.

And having suffered a hamstring injury in 2017, preventing him from starting the race in London, as what he classes as probably his ‘lowest moment in sport’, he didn’t want to take the same risk again.

The Finn Valley athlete posted on his Facebook as he prepares for the competition:

The last world champs was OK.
Delighted to be selected to represent Ireland again on the World stage. Selected for my 5th straight World Championships.
It’s been up and down.
1️⃣: 25th in Moscow 2013 and to be in the race where Ireland Brought back a gold medal. @robert.heffernan
2️⃣: DQ in Beijing 2015 after struggling with a hip injury.
3️⃣: DNS in London 2017…tearing my hamstring the week of the race was probably my lowest moment in sport.
4️⃣: 6th in Doha 2019…my greatest achievement in Sport.
This was all over in 50km an event that will always be special for me. However this is a new challenge to race over 35km, the unknown is one reason we do sports.
Let’s be having you Eugene.