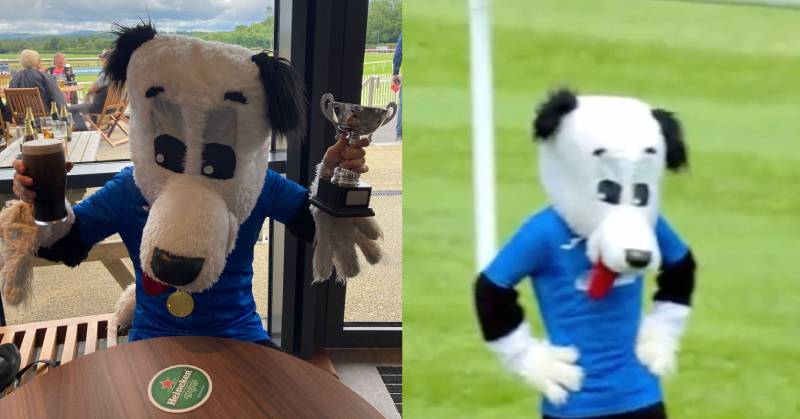 Harper the dog deserves a round of a-paws to come 2nd in the Paddy Power League of Ireland mascot race, but may feel a bit hard done by.

The Finn Harps mascot was hoping to retain his crown from 2019, bolting clear of the rest, and was again the fastest of the club mascots at Naas Racecourse.

🥇 Frank The Tank destroys the field in the the League of Ireland Mascot race… @GROW_Ireland | @NaasRacecourse pic.twitter.com/qLkgcVRp6A

But something was a bit fishy, as the Paddy Power mascot ‘Frank The Tank’ set off, and blew the opposition away.

Some believe that the bookmakers may have brought in a ringer for the race, but as of now there has been nothing confirmed.

Despite the second place, Harper still got a trophy for being the first LOI mascot, and was also rewarded with a pint of Guinness!