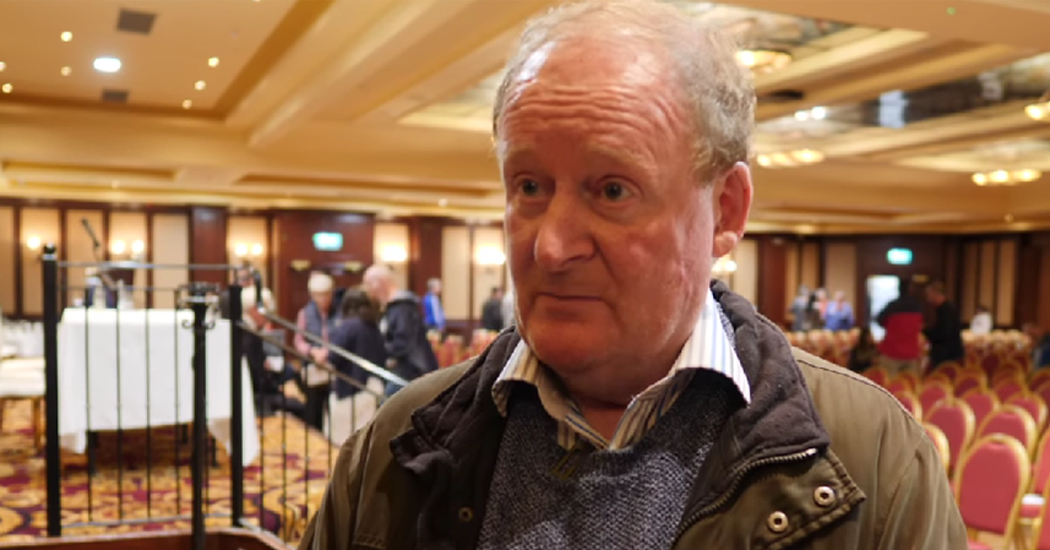 A former Donegal Judge has said that he views the new Defective Blocks Bill as unconstitutional.

Retired judge Sean MacBride, who lives in Greencastle, said that sections should be removed from the bill which is restrictive of citizens’ rights.

He said that there are serious flaws with Section 23, subsection 4a, and subsection 6, when read together.

Mr MacBride explained: “Basically, what they provide for is that if in the past you’ve had remedial works carried out, by way of grant or otherwise, and it appears there is further damage caused that has been of an ongoing nature. You are restricted in relation to that work to the replacement of the blocks, but you cannot replace defective foundations, and it’s extremely limited.

“In my view it’s unconstitutional because it’s restrictive of the personal rights enumerated in various sections of our constitution, Bunreacht na hEireann, it crosses the line.”

Mr MacBride said that urgent action is necessary to correct the Remediation of Dwellings Damaged by the Use of Defective Concrete Blocks Bill, 2022.

“It’s not just my view, it’s the view of a lot of imminent lawyers and I would hope that before it’s too late the government reflects on it, they should seek advice from the attorney general,” he said.

Mr MacBride was speaking at a public meeting in Letterkenny hosted by leading legal firm Coleman Legal this week, where Mica victims are finding out how to unite for a multi-party court action. The legal team is taking a High Court case over the defective blocks scandal. The case is being underwritten by two Donegal businessmen, Shaun Hegarty and Adrian Sheridan.

In the aftermath of the Oireachtas Housing Committee hearing on the new defective blocks scheme last week, a large number of affected homeowners made contact with Coleman Legal in a bid to get clarification on a number of matters which may arise if they joined the multi-party court action. Over 200 attended a gathering in the Mount Errigal Hotel, Letterkenny, on Friday while a further 350 were in The Strand Hotel, Ballyliffin on Saturday morning.

Mr MacBride said it is important that victims litigate ‘immediately’ before the new bill is passed and signed into law.

“The act cannot constitutionally be retrospective, it can only be prospective from the date of signing and the commencement order,” he said.

“I think it’s most important that people who want to recover all of their losses should do immediately prior to the passing of the bill.”