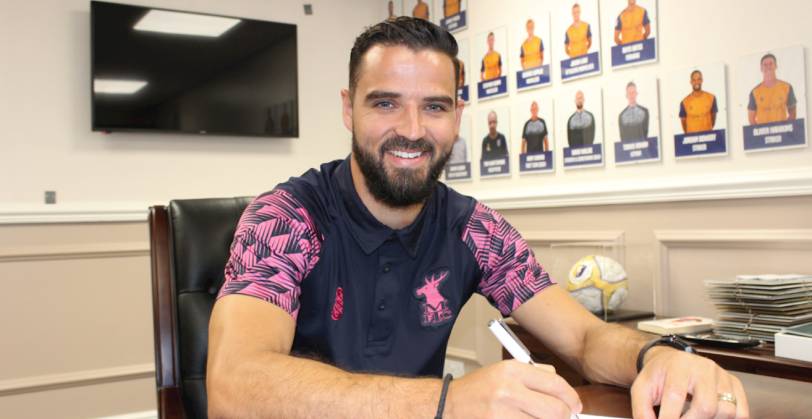 The Isle of Doagh man has spent two seasons at the League Two side, making 90 appearances, and has extended his time at the club after a successful two years.

McLaughlin scored eight times, recording 10 assists as Mansfield finished in 7th place and in the play-offs.

McLaughlin also won four Player of the Season awards in 2021-22 following an outstanding campaign at One Call Stadium.

The Stags however were defeated in the play-off final at Wembley against Port Vale as they lost 3-0, playing over an hour with 10 men.

Manager Nigel Clough said: “We’re very pleased that Macca has committed to the club for another two years.

“He has enjoyed an exceptional  18 months, reflected in the numerous personal awards won at the end of last season.

“He was amongst the defenders involved in the most amount of goals in the EFL last season, with eight goals and ten assists.

“He gives us an attacking threat down the left hand side – along with Stephen Quinn and others – and was instrumental to the way we played last season.”