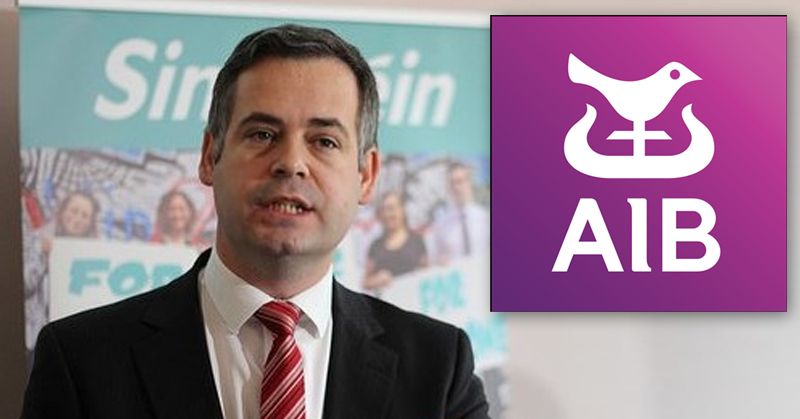 Donegal Deputy Pearse Doherty has called on the Finance Minister to clarify how much the government knew about AIB plans to go cashless before this week’s controversy.

It has been revealed today that the Department of Finance may have known for weeks that the bank planned to scrap cash services in 70 branches.

AIB was forced to make a u-turn on the planned move after pressure was piled on by customers, interest groups and politicians.

The move had been in planning for several years, but it has emerged that the bank informed the Department of Finance of the details weeks ago. A briefing was sent to the department in line with the Relationship Framework. The Irish Independent reports that the Department did not respond to the briefing.

Minister of State at the Department of Finance Seán Fleming said he and the Government had been “blindsided” by the bank’s decision.

Pearse Doherty, the Finance Spokesperson for Sinn Féin, today asked Finance Minister Paschal Donohoe to clarify exactly what prior notice was given.

Deputy Doherty tweeted: “Yesterday we were told the Minister was blindsided by AIB’s decision to remove banking services from communities across the State. Today we find out that the Department knew about the decision 4 days before it was announced. Why did he not oppose the move?

“The Relationship Framework between AIB & the State is clear. If a decision by AIB is likely to create clear & significant reputational damage to the bank or the State, the bank needs to consult with or get the consent of the Finance Minister before it is taken.

“If AIB isn’t clear on whether it needs Ministerial consent or to consult, it should seek informal confirmation. If the Minister doesn’t respond within 3 days, AIB can proceed. It appears the Minister didn’t respond, allowing AIB to proceed. The Minister needs to clarify.”