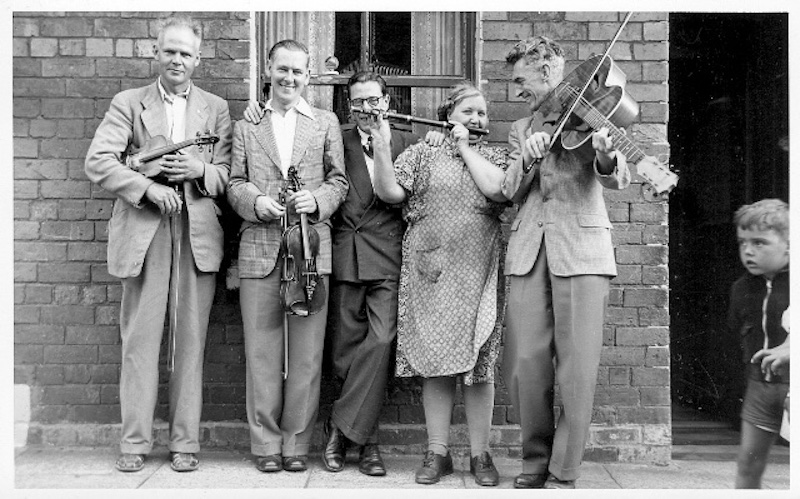 Information is being sought about the early years of a gifted traditional fiddler who was born in the east of the county.

He became a very well-known traditional musician, but spent most of his life in County Clare, where he passed away in 1978.

A local music historian and fiddler, Martin McGinley from Raphoe, is looking at Reid’s early years in the border area of Castlefin and Castlederg.

“His parents were from Tyrone. In the 1901 Census for Castlefin (house 50, Quinn’s shop two doors away), his father Joseph Reid is recorded as a national school teacher, aged 35, and his mother is Maggie, age 21,” Mr McGinley explains.

“It seems that Joseph taught in Castlefin, but died when Seán was around three. Seán and his mum moved to her relations, McGlynns of Crewe (Bridge?), Castlederg. I think his mother’s brother was Fr Hugh McGlynn, who is buried in Strabane (was in Urney for a few years). Seán learned the piano in Castlederg (wonder with who?) and also picked up the fiddle with the help of school friends John McGrath and Leo and Mickey Brown. There was another fiddler called Eddie Tolan. Seán’s uncle John Reid played the fiddle.”

In terms of Castlefin, McGinley feels it would be good to know where the Reids lived, hear of any memories of them in the area and get a picture of the school where Seán’s dad taught (where Nena Models is?).

Anyone with information should call 087 1677 699 or email martinmcginley65@gmail.com.

Main picture: Seán (on left) on a visit to Belfast, with the legendary Sean McGuire in the centre.