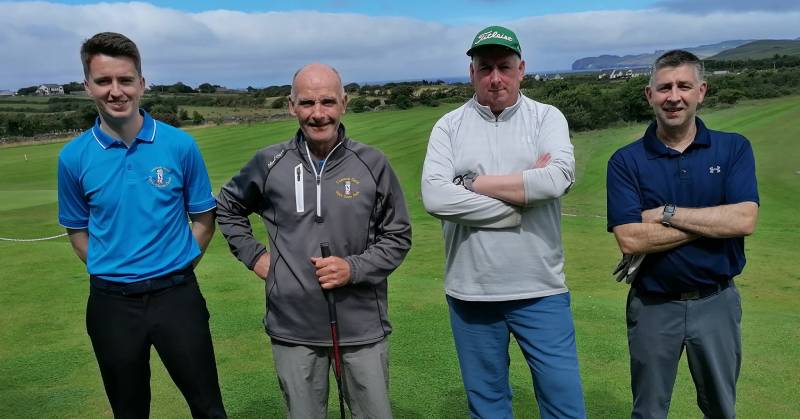 The 3-2 win over the Derry side in the North Ulster Semi Final on Saturday was described as a super achievement for a small 9 Hole club in the Donegal Gaeltacht.

The fancied home pairing of Dean Gallagher & Dermot McCallion met difficult opposition as did Chris McCallion and Brian Geaney away. That left the score 2-2 with only Phelim McGeady & Fraser Morris left away in City of Derry. 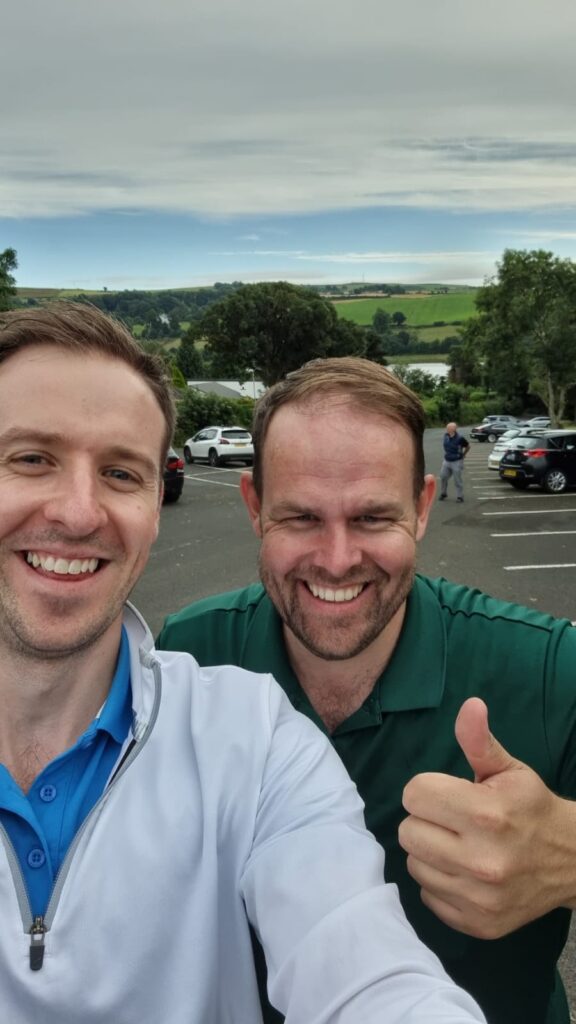 Phelim McGeady and Fraser Morris in the Jimmy Bruen

A very high standard match, the two lads finished strongly to secure a 1up win on the 18th green to secure the victory with the final putt. A super result away from home.

The club would like to thank Shane and his City of Derry team for their kind hospitality.

Best of luck to manager Seán Ó Gallchóir and his team in the Ulster Final. All support welcome. 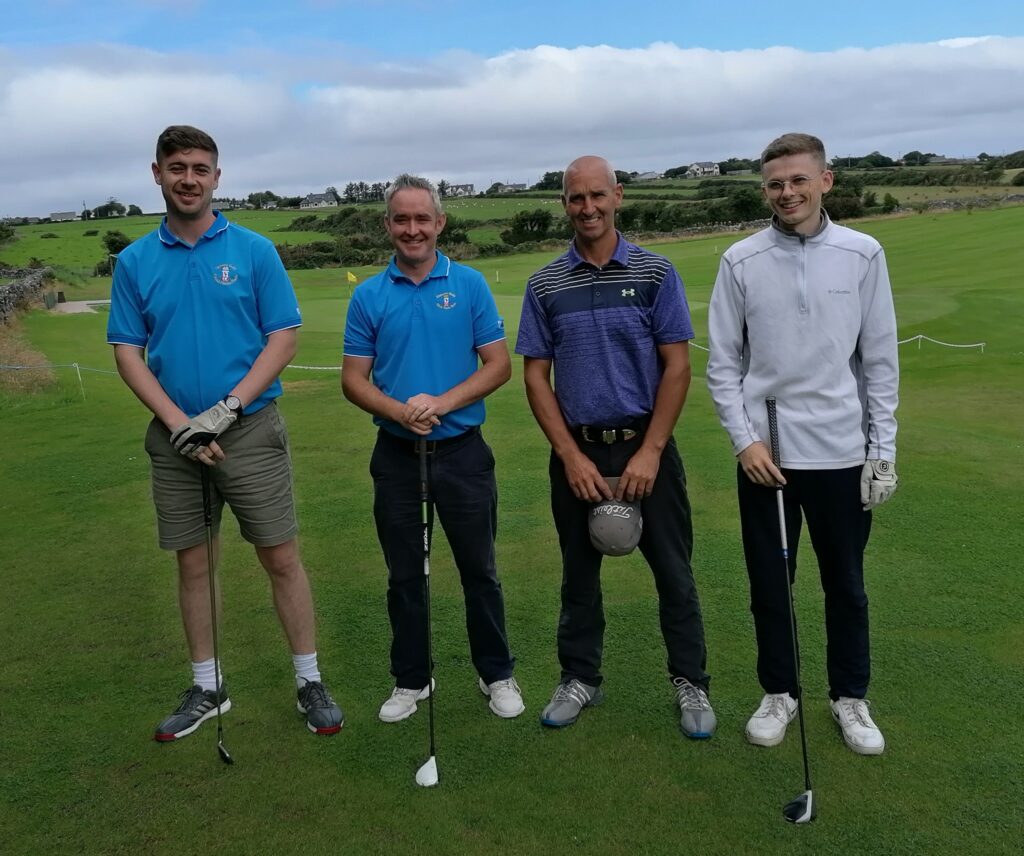