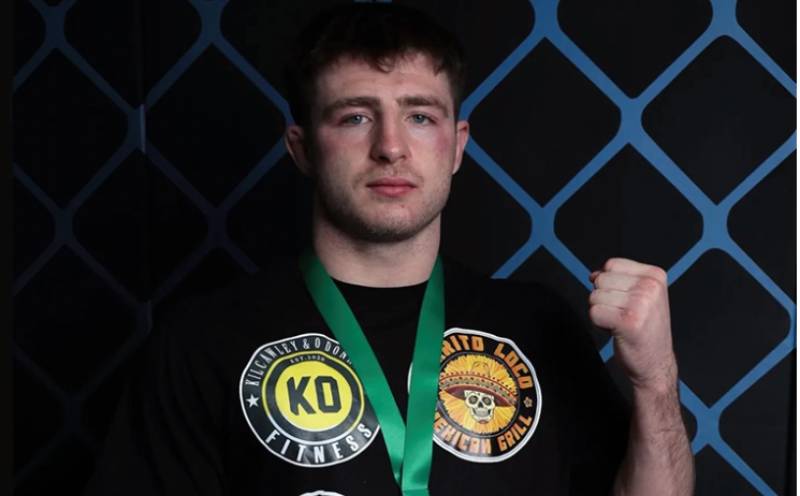 Jordan Furey has been selected to represent Ireland at the IMMAF European Championships in Italy next month.

The Letterkenny man will travel with the Irish squad to Lignano Sabbiadoro outside Venice to compete in the Welterweight division.

The Championships begin on the 26th of September until the 1st of October and will include two tournaments, for Seniors and Juniors.

Furey last represented Ireland at the MMA Super Cup competition in Bahrain back in March, in which Ireland got to the final, with Furey defeating his Oceania and Mexican opponents before being defeated by Magomed Isaev as the host nation went on to win the tournament.

Both Senior and Junior divisions will feature 16 weight divisions, spanning Atomweight to Lightweight for women and Strawweight to Super Heavyweight for men.

The event will be hosted by the Italian Mixed Martial Arts Federation, who hosted both the European Championships and inaugural Youth World Championships in 2019, and FEDERKOMBAT, the Italian Federation of Combat Sports part of the National Olympic Committee.

Both tournaments will be aired live at immaf.tv.