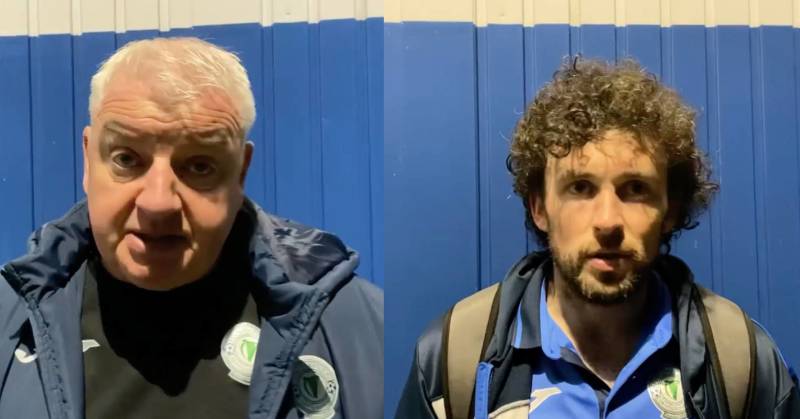 Watch: The reaction as Finn Harps returned to winning ways

Gavin Dykes and Barry McNamee spoke after Finn Harps returned to winning ways in the Premier Division as they defeated Drogheda United 3-0 at Finn Park.

Harps took the lead halfway into the first half when Eric McWoods was fouled in the box and after a long delay, Mihaljević stepped up and placed the ball into the bottom right corner of the net.

Harps made it 2-0 just before half-time when Mihalejvić played in McWoods and the American took a touch to set himself before sliding the ball past Colin McCabe.

McWoods got his second just before the hour mark as he headed home a Regan Donelon cross to move Harps back to 9th after their third win of the season.

The 3-0 win meant Harps moved back up to 9th place, two points ahead of UCD who moved out of the bottom spot on Monday after drawing with Drogheda.

And both the assistant manager and the captain on the night were delighted to get back on the winning trail with a massive game against the Students next Friday in Dublin.