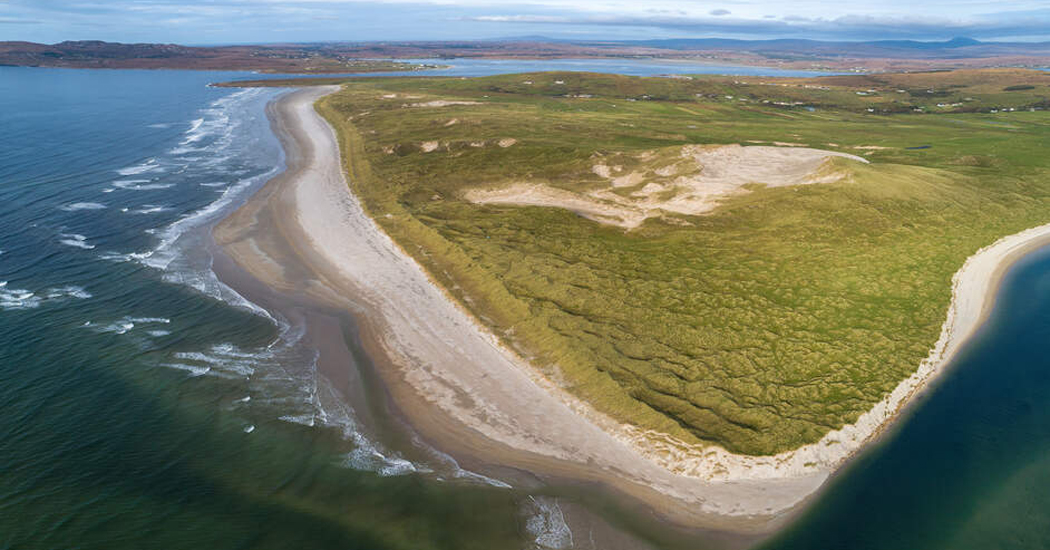 Dooey Beach was named as the 9th best beach for ‘best wild swimming’ in the UK and Ireland.

In a recent survey carried out by UK-based reusable bottle company, Ocean Bottle, the 20 best wild swimming spots were named.

The secluded scenic beach, near Lettermacaward (Leitir), was one of six Irish beaches to make the list, and was third highest of the Irish beaches.

The list was compiled based off a water score out of 20, and a rating out of 5, followed by the number of reviews left for the beach.

Dooey beach was given 20/20 and a 4.9 rating, the same as the eight beaches above it, but its lack of reviews had it down in ninth place.

Meanwhile, Stroove Beach in Inishowen was listed as one of the ‘hidden gem’ clean beaches as it was one of the least visited and reviewed.

Keem Beach on Achill Island was named first on the list, with three Welsh beaches next on the list.

Trá an Dóilín (Coral Strand) in Galway was 6th, while Curracloe Beach in Wexford, Dog’s Bay in Galway, and Enniscrone Beach in Sligo were 12th-14th.

Read the full article of extensive research done by Ocean Bottle, with all of the lists here.