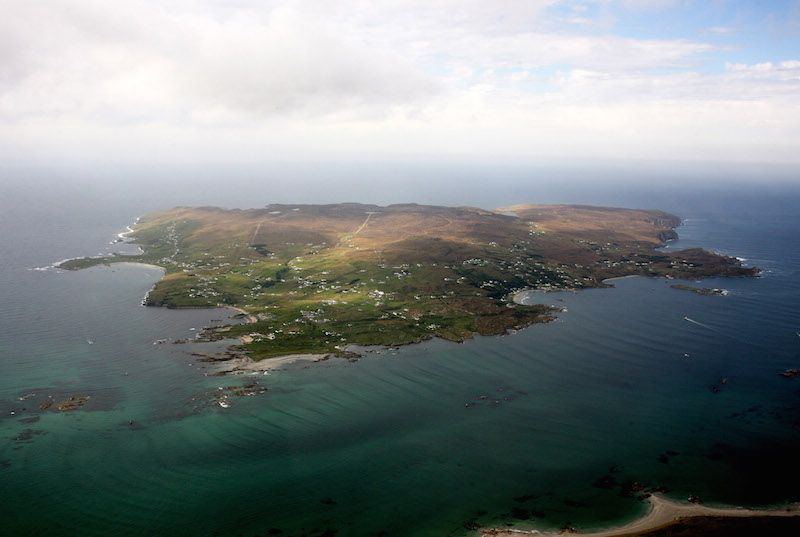 A man accused of murdering journalist Lyra McKee has had his bail varied to allow him to holiday on Arranmore.

He is also charged with further offences relating to rioting on the night Ms McKee was shot dead.

On Tuesday, a judge granted permission for Mr Cavanagh to holiday with his partner on Arranmore Island, BBC News NI is reporting.

“I don’t think he can get up to much on Arranmore,” district judge Barney McElholm told Londonderry Magistrates’ Court.

A prosecution barrister told the court police believe Mr Cavanagh was a member of the anti-agreement republican party, Saoradh, and was “clearly associated with the New IRA”.

She said she was objecting to the bail variations as bail conditions had been imposed to “monitor and manage” risk.

The court was told Cavanagh was seen outside the Saoradh offices in November 2021 and also observed at a white line protest in March 2022.

In June this year he was seen talking to someone outside the Saoradh office, the court heard.

Mr Cavanagh’s solicitor said his client was no longer associated with Saoradh. He would not “announce it publicly unless it was the case,” the solicitor added.

Mr Cavanagh, his solicitor added, is “anxious” to face the charges in court so he could “clear his name”.

The judge granted permission for Mr Cavanagh to take a three-night break on Arranmore.

He must surrender his passport and put forward a cash surety.

When initially granted bail in September of last year Mr Cavanagh was released with a cash surety of £25,000, was ordered to observe a curfew, wear an electronic tag, and it was under the condition that he did not enter the Creggan area of Derry.

In March, the curfew was lifted and a condition that he sign at a PSNI station three times a week, changed to once weekly.