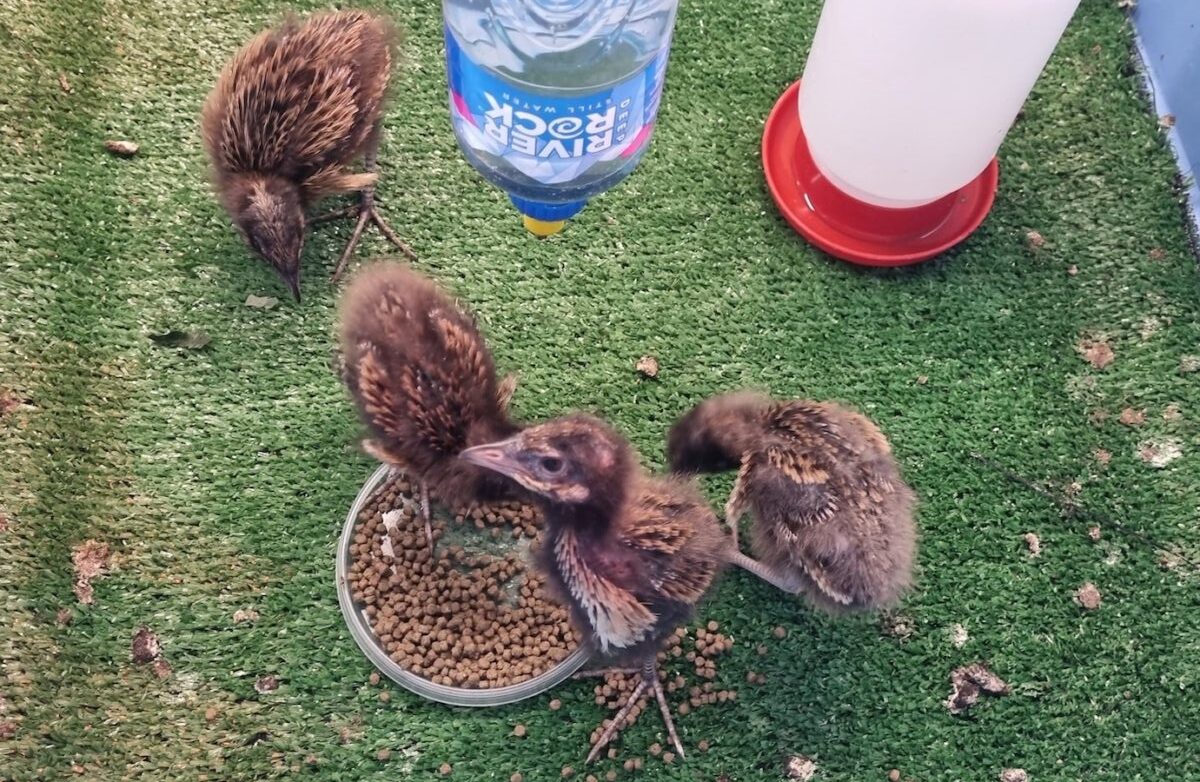 A family of rare corncrakes were saved from almost certain death after an eagle-eyed Donegal farmer spotted them while cutting grass.

The farmer, on the Fanad Peninsula, spotted the clutch of 11 delicate corncrake eggs close to a hedge on his land on June 13th last.

He missed wiping out the eggs literally by inches as he mowed his field.

Members of the Corncrake Life project stepped in and took the rare eggs more than 300kms to Fota Wildlife Park in Cork in a bid to hatch and breed them in captivity.

The park is part of the  corncrake project which aims to preserve and breath new life into the corncrake population which has been in decline across Ireland for decades.

The eggs were placed in an incubation unit at the park in the hope that they could be saved.

Sadly, two of the chicks did not survive as the eggs were slightly damaged.

However, director of Fota Island Wildlife Park, Mr Sean McKeown has told how dedicated staff managed to save and rear nine of the eleven birds. 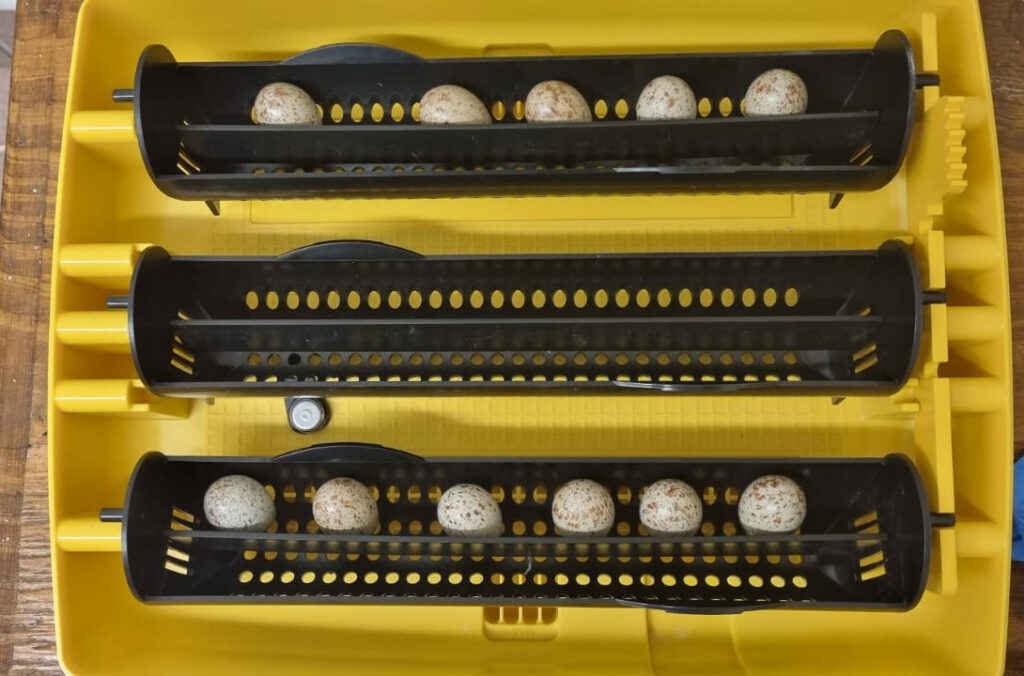 The eggs being incubated.

Sean revealed “We knew there was a calling male in the field and members of the corncrake project were monitoring the field.  The farmer was being careful when mowing the grass but still only missed the nest by a few inches.

“Three of the eggs actually fell out of the nest because of the tremors of the mower but they managed to retrieve all eleven. One had a small hole and another a crack. Unfortunately, those chicks didn’t survive but we managed to save nine of the birds.”

Having been incubated and then hand-fed after hatching for almost six weeks, the birds were then returned to the area they were found in by staff member Paul McLaughlin who has strong family connections with Donegal.

The birds were fitted with special identification rings and were released into the wild on the Fanad Peninsula in August 1st.

The tiny birds will migrate on the long journey to West Africa come September and October and hopefully return to Donegal and to the Fanad Peninsula next March or April.

“If all nine manage to make the return journey then it will almost double the population of corncrakes in that area,” said Sean hopefully.

Sean paid tribute to the many farmers and landowners around the country who have embraced the project and helped improve the chances of the corncrake surviving and one day flourishing in Ireland.

He said he hoped that this was just the start of the project and other exploratory measures such as tagging the birds with satelite tags to find out their migratory patterns may also happen. 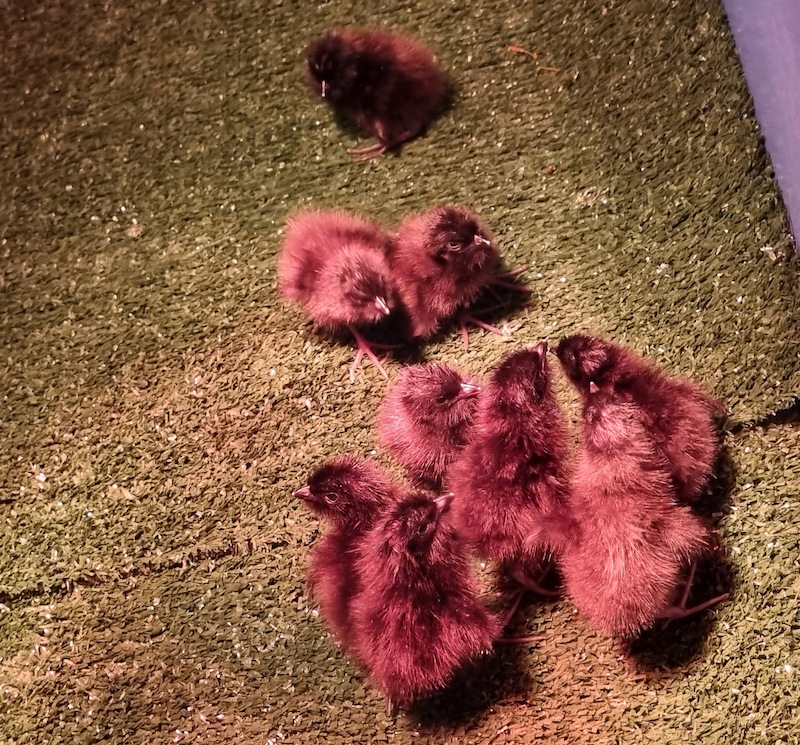 About the Corncrake LIFE Project

The overall objective of this project of Corncrake LIFE is to improve the conservation status in Ireland of the Corncrake by the enhancement of the Special Protection Area (SPA) network and surrounding farmland. This project will take place on 8 project sites (in 9 SPAs and adjacent supporting farmland).

Adjacent supporting farmland is critical to the project as circa 85% of the population occurs within the SPAs and associated hinterland. All these areas (referred to as “Corncrake catchments”) will be targeted in the project.​

The specific component objectives of the project are:

The achievement of the objectives is expected to lead to an improvement in habitat condition conducive to Corncrake population increase in the medium term. During the 2018 breeding season, 151 calling males were recorded nationally (approximately 85% of which occurred within the project sites). In 2019 this number increased to 162 but fell again to 146 in 2020. While the creation of improved habitat condition cannot in itself guarantee an increase in population, the project will strive to achieve a 20% increase in calling males across the project sites over the course of the project.

​The project aims to deliver actions across a total of 1,000ha of IT’S total target area, subject to landowner agreement. This will be achieved through a combination of habitat management agreements, land leasing and strategic land purchase. This project focuses primarily on applying and developing best practice to achieve the above project objectives.