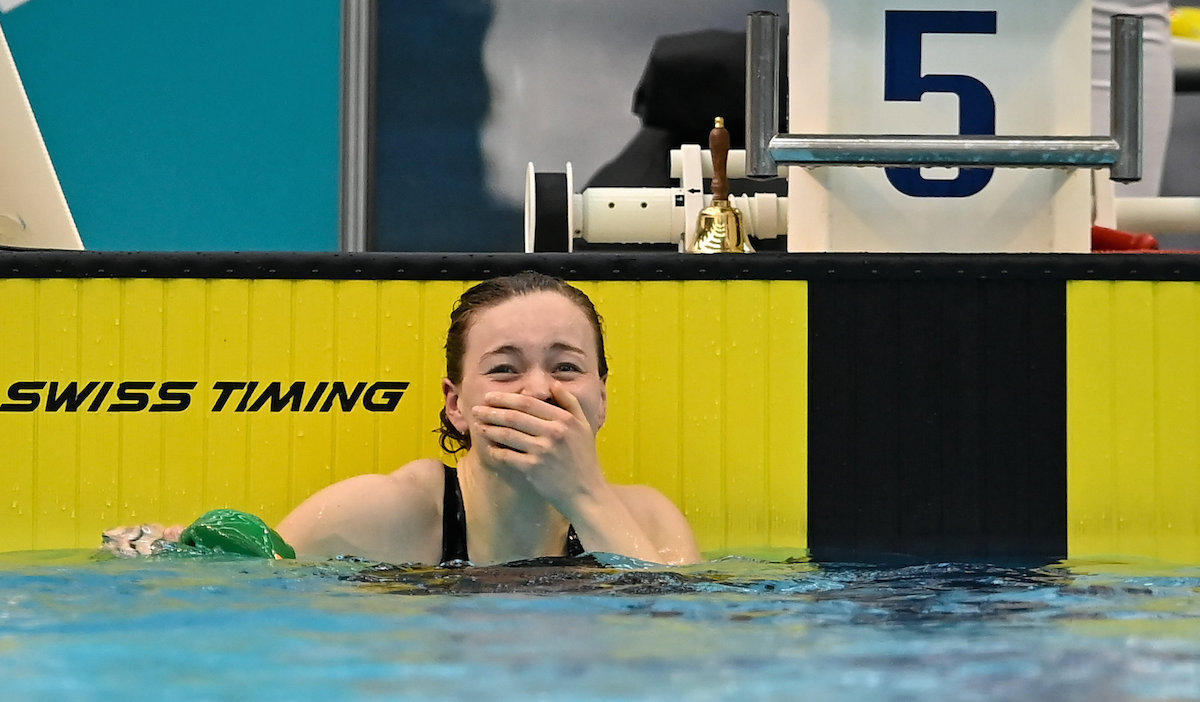 Mona McSharry has made it into the 200m breaststroke final at the European Aquatics Championships in Rome.

McSharry was 4th in her semi-final, but was in a strong heat as she also finished fourth fastest overall.

The Marlins Swimming Club, Ballyshannon member finished in 2:25.24, behind Italy’s Martina Carraro who won the heat, while Swiss swimmer Lisa Mamie was in third, ahead of Lithuania’s Kotryna Teterevkova.

The Grange native will go into the final of the event on Monday at around 5.13pm Irish time.