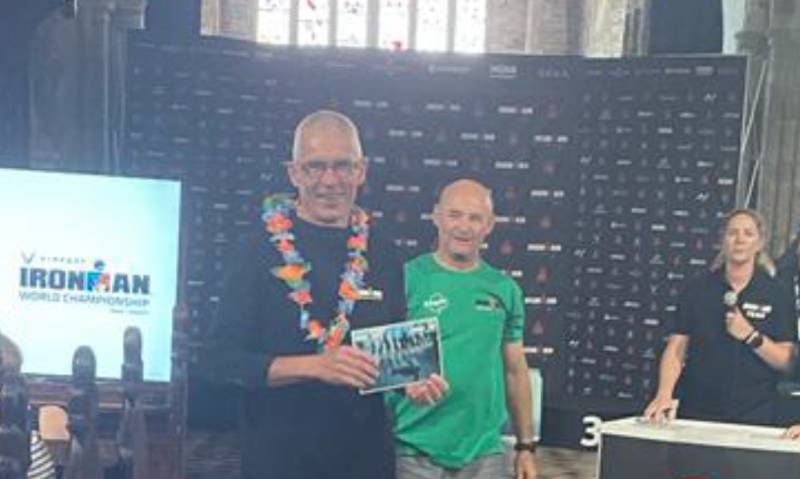 Niall Campbell has qualified for the World Championship Ironman Competition in Kona, Hawaii.

Niall, from the Quay Road in Dungloe, qualified after finishing 4th in his category at the Ironman Competition in Youghal, Co. Cork.

Following a one hour swim and a six hour cycle in the baking heat, Niall went on to finish the full Marathon in 3hrs 27mins.

Niall began 5k running 10 years ago and has progressed to this elite level thanks to his absolute daily dedication to the training required for this discipline.

Niall, who now lives in Dunleer Co. Louth and lectures at TUD in Blanchardstown, is wished well by his family, colleagues and friends on this huge achievement.

Niall will compete in the American island in early October.