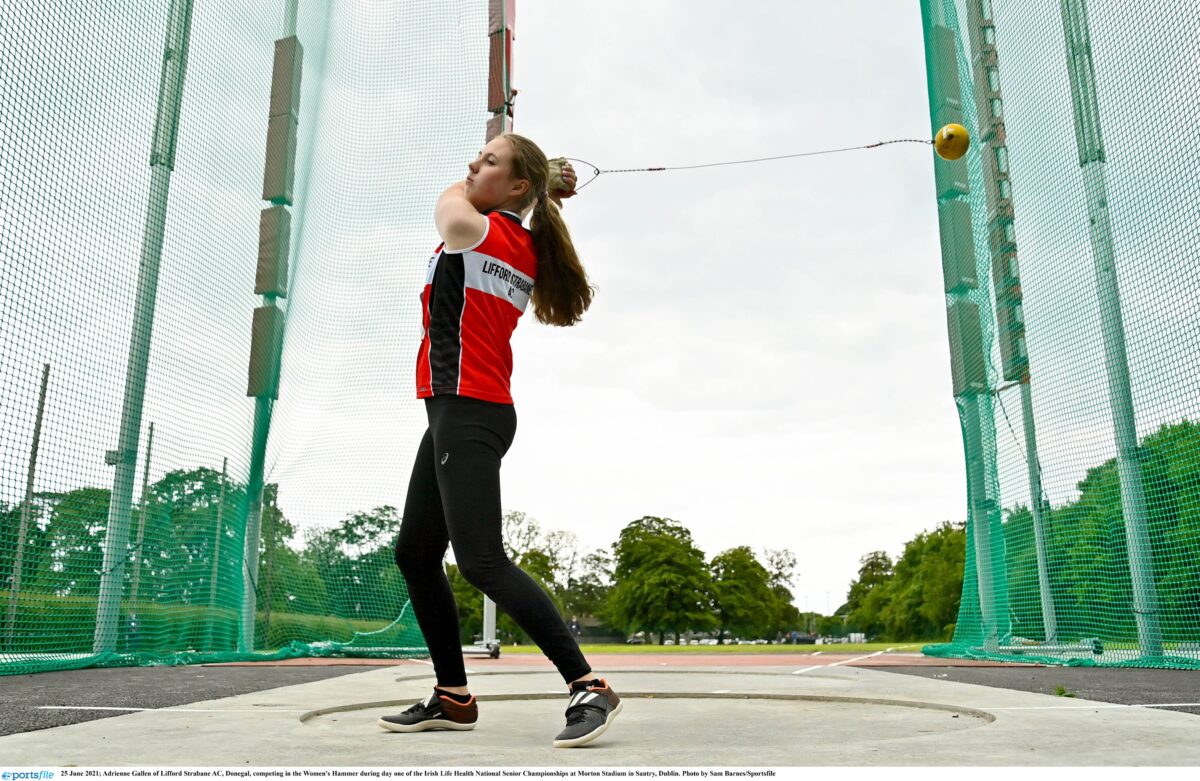 Adrienne Gallen has set a new Donegal Senior Women’s Hammer record at the Welsh Under-20 Internationals in Swansea.

The Lifford-Strabane AC athlete threw out to 53.55m, beating her own previous record of 53.13m.

The throw was enough for second place, for Gallen who was representing the Northern Ireland & Ulster team.

Jessica Charlie Bennett from the England South team won with a best of 53.85m.

Gallen was one of four Donegal athletes representing the NI & Ulster team.

Tír Chonaill AC athlete Fintan Dewhirst finished 1st in the 400m hurdles with a time of 53.46s, with England South’s Luke Dronfield in second in 54.36s.

Finn Valley’s Joseph Gillespie was in action in the High Jump but finished 7th, failing to clear the 1.72m mark.