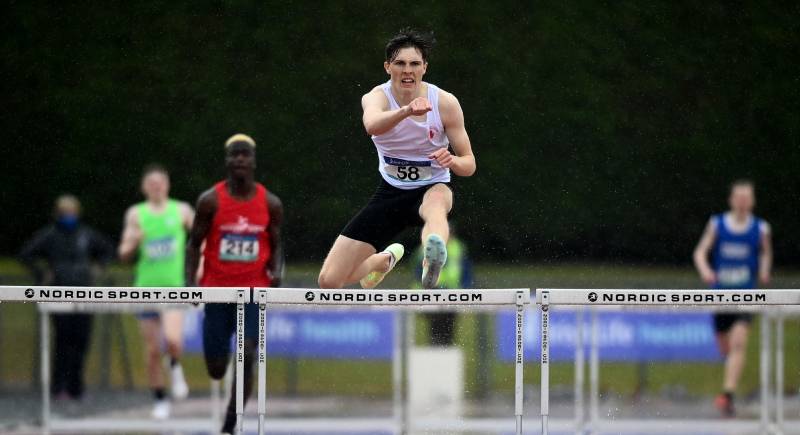 Four Donegal athletes will represent Ulster as they compete at the Welsh Under-20 International meet in Swansea today.

And four athletic clubs in the county will be represented by Fintan Dewhirst, Oisin Kelly, Joseph Gillespie and Adrienne Gallen.

The St. Columba’s Comprehensive, Glenties student has been in brilliant form in 2022, finishing second in the same event at the European Under-18 Athletic Championships in Israel.

Dewhirst finished in a time of 51.65s in that race in July, almost a second off his previous Personal Best.

Cranford AC man Oisin Kelly will compete in the 800m.

Kelly, who has enjoyed National success at both the 800m and 1500m, won the 800m title at the National Juvenile Indoor Championships in Athlone in March with a time of 1:54.54, five seconds ahead of 2nd place.

In the field events, Joseph Gillespie will compete in the High Jump later on this evening as well.

The Finn Valley AC man was a triple medallist in the jumps events at the Irish Life Health Juvenile Championships in Tullamore last month.

Taking bronze in the High Jump with a best of 1.80m, Gillespie took gold in both the U19 Long Jump and Triple Jump, winning the latter with a leap of 13.81m.

And Lifford-Strabane AC’s Adrienne Gallen will compete in the Hammer. Gallen competed at the weekend at the AAI National League Final at Tullamore and was second in the hammer throwing out to 51.84m.