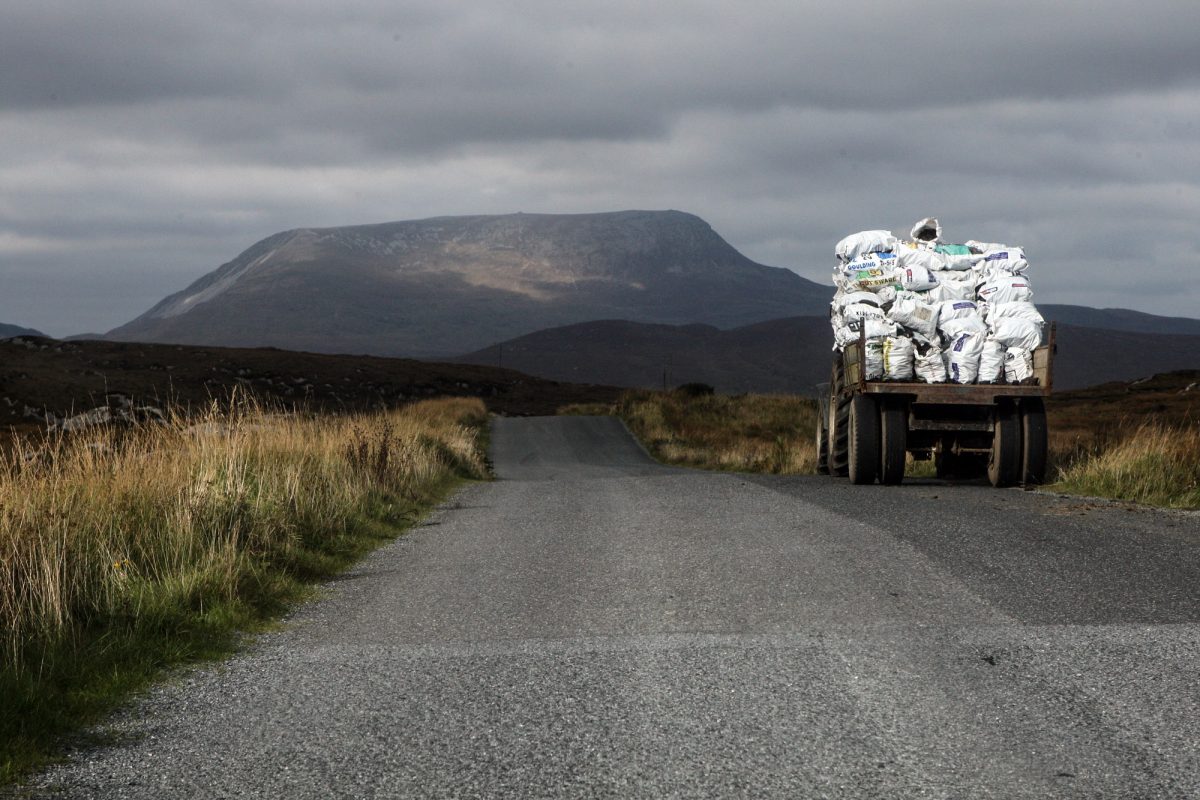 Nobody told me life would be this ‘turf’ in Donegal

Up until the age of 32 the only ‘bog’ I had ever been in usually had either a sign for a man or a woman on the outside door.

All that changed when I married a Letterkenny woman.

One day the father-in-law announced that he was going to collect the turf and I offered to give him a hand.

In my innocence I wrongly presumed it was just a matter of popping along to the creameries and picking up a few bags out the back of the warehouse.

How wrong a man can be. Or rather how wrong a city fool can be.

Nobody tells you these things when you leave the city aged 20 to start a life for yourself in the countryside.

I’d learned quickly that it was respectful to go to wakes and that not playing for the GAA team in your parish was a crime punishable only by death.

Back then if I wanted to a bit of heat in any rented home I was living in I simply called the oil company and got a fill (or a quarter of a fill if ordering today!)

But going to the bog was not just about gathering this brown crumbly stuff from a field to put on a fire, it was a ritual.

The bog in which the father-in-law ‘wins’ his turf is in Ballinamore above Fintown.

Now the word ‘wins’ is a strange one when it comes to turf because I still question that after hours battling midges while bent over gathering turf there are actually any real winners.

There’s no question it’s a place of unrivalled beauty if only you had an hour to sit down and inhale its stillness and tranquility.

In fairness the father-in-law had some of the work already done when we arrived last week after he had spent a few days previously ‘footing’ and ‘turning’ the turf.

These are words which I’m familiar with now but a few short years ago would have thought were phrases more to do with soccer skills or Irish dancing.

Last Sunday morning accompanied by my son and wife, we joined the father-in-law to ‘bag’ in the bog.

I prayed for most of the early morning that Met Eireann’s prediction of heavy rain would come to pass but not for the first time they were wrong.

‘Bagging’ is as it sounds in that you put the little stacks of turf into sacks which are laid flat on the ground to dry a bit more before being collected.

That all sounds very well in theory in that most fools, even fools born in the city, can put a few pieces of turf into an old farm meal bag.

And it is. But when the number of bags literally run into hundreds then the enormity and soreness of the task hits you.

Not that you don’t get a break. Our break lasted a full ten minutes. Why rest when you can be working……?

That said, I don’t think a cup of tea and a bit of scone bread or a biscuit tastes as nice as when your back is half-broke and the air is as clear as the top of Errigal.

The following day is spent in a series of gentle movements afraid that your body will snap under any more exertion.

That is until the father-in-law announces that night that Met Eireann said on the six one news that half of Ireland including the bog in Ballinamore with his turf is going to be washed away by the mother of all storms.

“Ah, this is the easy part,” the father-in-law announces in the same nonchalant way that Michael Murphy scores free from 20 yards out.

And yet for all the blisters, the sore back and the dirty hands, there is something strangely satisfying about seeing a garage stuffed to the brim with turf in the middle of August.

Perhaps it’s the satisfaction of telling Eamon Ryan where he can go in his attempts to tell people they must stop cutting turf and end hundreds of years of local tradition.

Or perhaps it’s that you’re safe in the knowledge that when you visit the parents-in-law in January there’s a guarantee that you’ll be greeted by a blazing fire.

All I know is that the bog will be there next year and the year after that and I’ll probably there too.

Nobody told me life would be this ‘turf’ in Donegal was last modified: August 24th, 2022 by Stephen Maguire
FacebookTweetLinkedInPrint