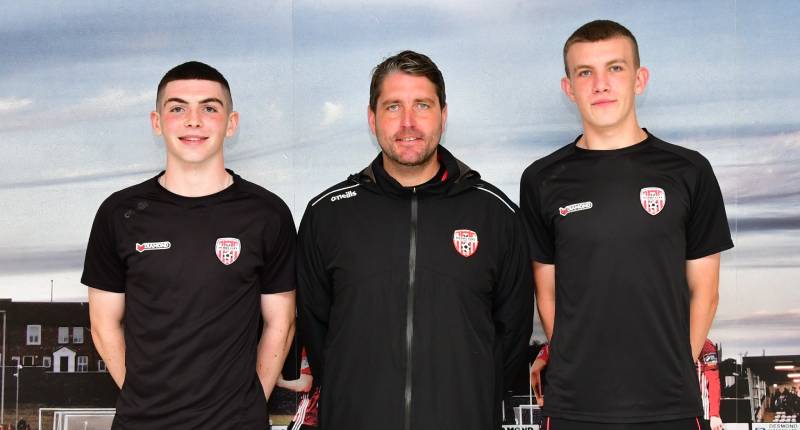 Sean Patton from Drumkeen and Tiarnan McGinty from Falcarragh both had their pro deals announced yesterday.

Both players were signed from Finn Harps underage squads and will begin full-time training in January.

Derry City manager Ruaidhrí Higgins said: “These are two players- amongst others- that we have identified as having the potential to be part of our first team set-up in the coming years.

“We realise that for the club to develop and grow we need to continue to bring quality young players through our Academy.

“This should also act as an incentive to other young players at the club as they see the opportunities that are available.

“One thing we can assure as a club is that if we feel a player is ready, and good enough, they will get their chance.”