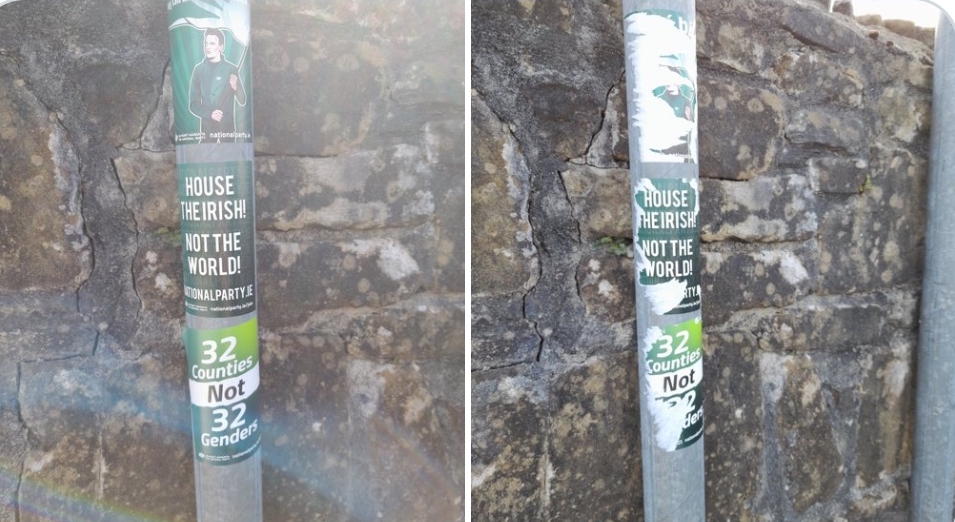 Disgust as racist stickers placed on street poles across Donegal

People have expressed outrage at racist stickers being placed on poles across the county.

Dozens of the stickers have appeared in recent days on signposts and walls on behalf of the so-called National Party.

The stickers display slogans such as ‘House the Irish, Not the World’ and ’32 counties Not 32 Genders’

The man said it felt “sickening” to find such racism in Donegal.

He said “Not in my country, you fascist, racist losers. Best I could do with short fingers nails.

“Sickening to see this stuff being put up in Donegal.”