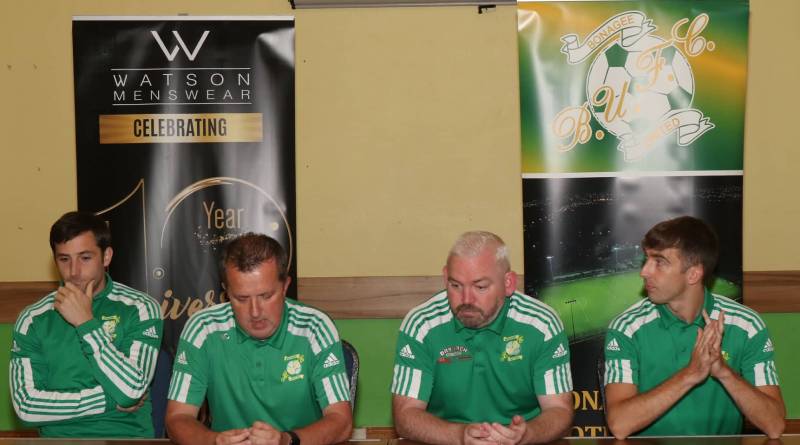 Watch: Build up to the ‘Biggest game in Bonagee United’s history’

Bonagee United manager Jason Gibson is looking forward to what he agrees is the biggest game in the clubs history on Friday night as they take on Shelbourne in the FAI Cup.

The Letterkenny side defeated Pike Rovers 6-0 in the first round last month, with goals from Michael Doherty and Jamie Lynagh, while Conor Black and Tony McNamee scored two each, earning them a home draw against the Premier Division side in the last 16. 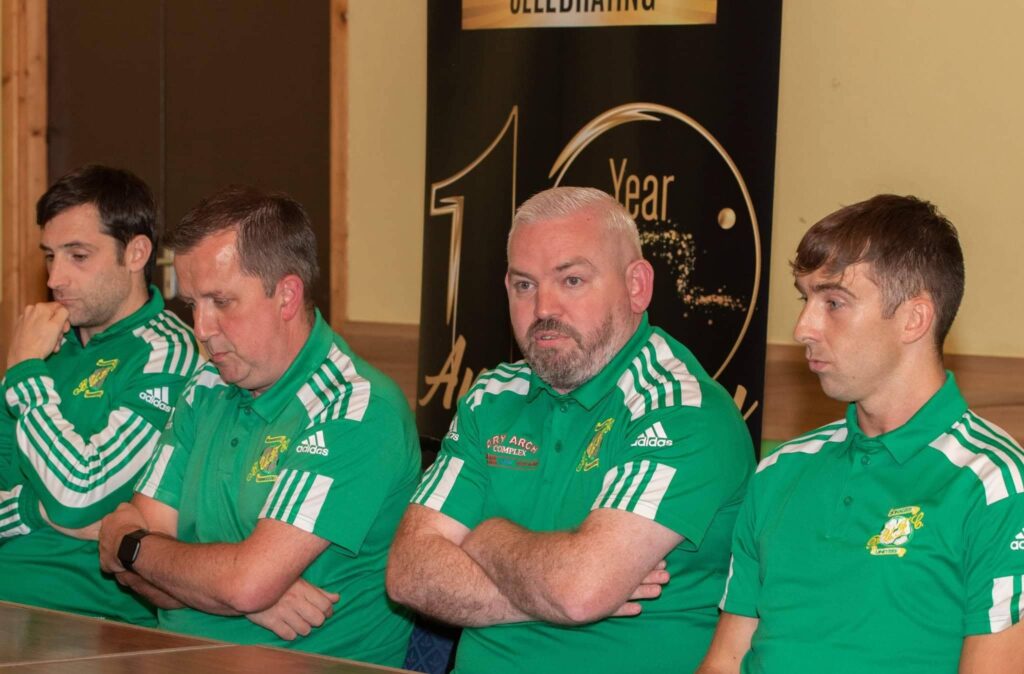 And with plenty of League of Ireland experience in the side, from former Harps men McNamee, Gareth Harkin, Michael Funston and Packie Mailey, Gibson is confident his side will go into to the game believing they can take it to Damien Duff’s side.

Gibson said: “Anything they can pass on, the wee bits of knowledge they have and you’d think they’re not going to be phased by the match, they’ve played in big occasions before and that’s good if they can rub off on the younger players.” 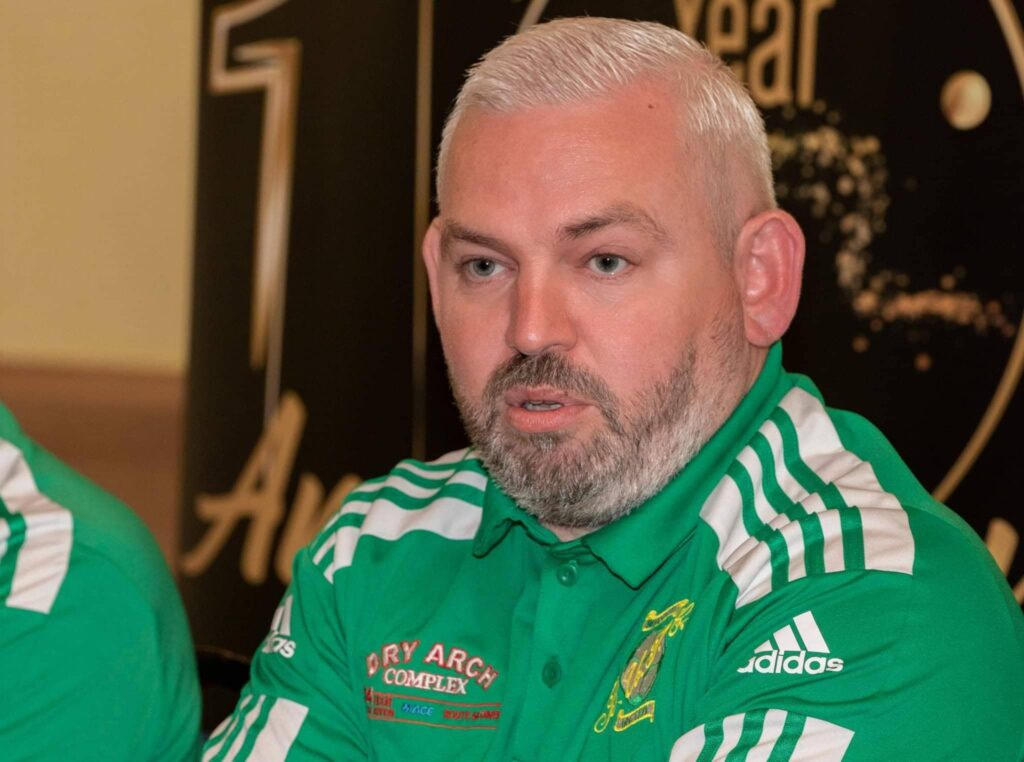 “We’ve prepared probably better for this match and any match we’ve done before, you’re going up the level so we’ve taken our preparations up the level.

“We’ll make them have to work to win the game and that’s the intention, there’s nobody going out there with a defeatist attitude.”

Meanwhile, Bonagee United captain Jamie Lynagh praised the work of his manager since being appointed:

“There’s been a real good feel factor, everybody’s enjoyed playing, a lot of local boys and everybody wants to train and get better. Now we’ve kicked on as a club and won trophies we’ve become a more attractive club to play for.

“People want to play under him, he’s been a huge lift for the club we’ve played five cup finals and won five.” 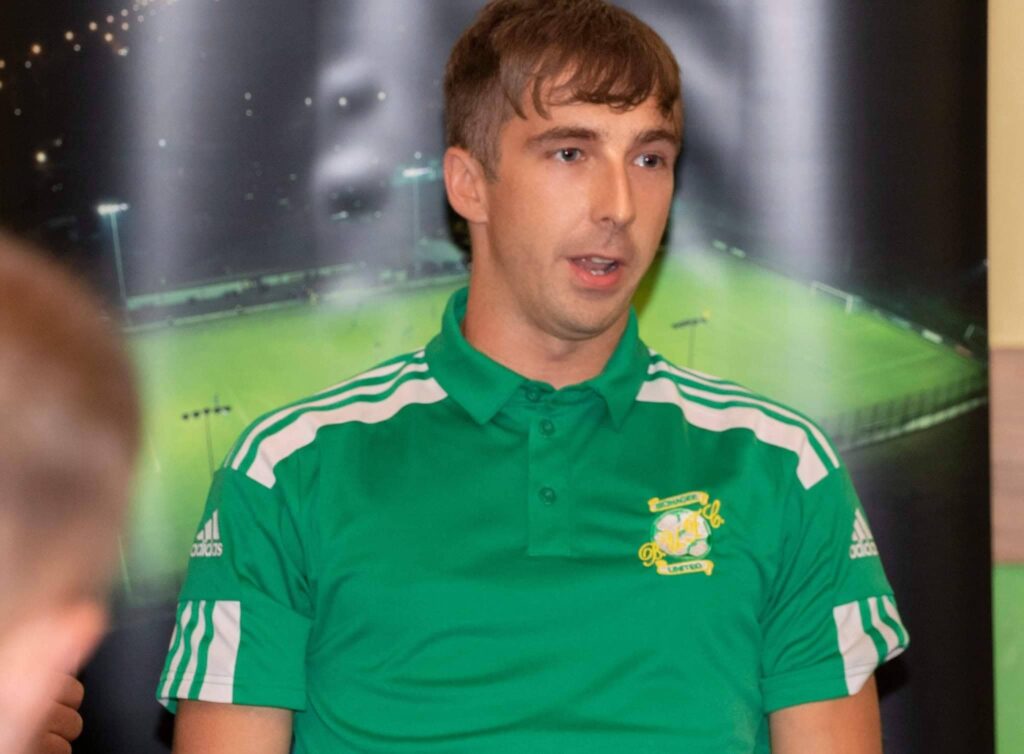 And Jamie has high hopes on Friday but knows it’ll be a difficult task.

“It would be massive (to get to the last eight), we’re keeping our feet firmly on the ground, it’s gonna be an unbelievable difficult game ahead of us but the buzz around the place is unbelievable.”

A more experienced head, but a newer face to the squad, Gareth Harkin didn’t think he’d be playing against such high quality opposition again, having made the move to leave senior football.

“We had a good result in the last round but a League of Ireland side at home and Damien Duff brings a lot of nostalgia and fanbase. 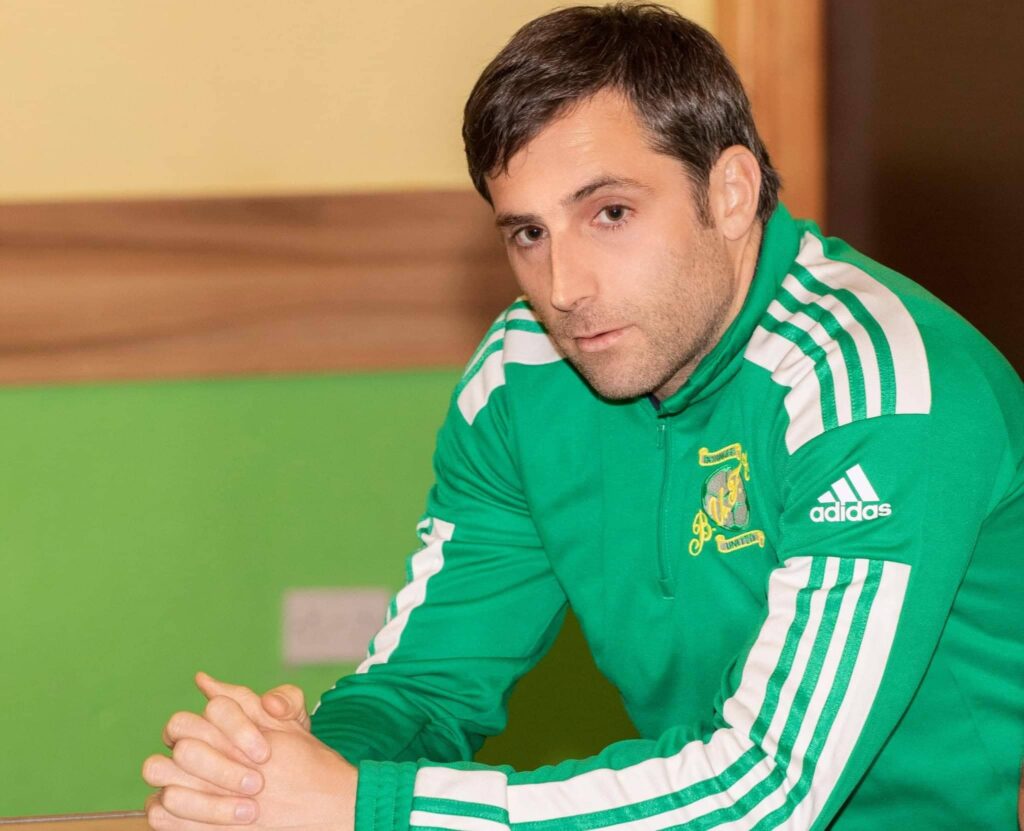 “It’ll be a great night for the club and hopefully us as players can do them proud.”

Harkin added: “There will be a lot of nerves and it could be the biggest game some of these boys could ever play.”

Watch: Build up to the ‘Biggest game in Bonagee United’s history’ was last modified: August 25th, 2022 by Staff Writer
FacebookTweetLinkedInPrint