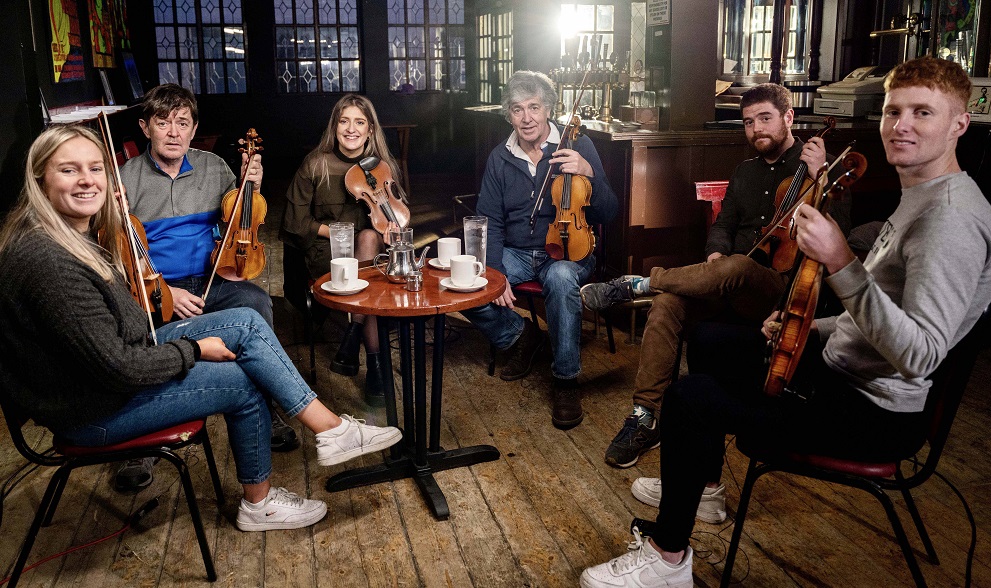 A new series of TG4’s Ceol ón Chlann is set to return this September with the Glackin family showcasing their Donegal music roots.

Ceol ón Chlann is back for a fourth series exploring six famous Irish musical families who have brought their music to the four corners of the world.

Episode four features the Glackins, a highly respected traditional music family and were born in Dublin with strong links to Co Donegal. Their father Tom hailed from the Rosses and they developed a deep love of the music of Donegal and adopted their father’s Donegal-style of fiddling.

Paddy was a former member of The Bothy Band and is a noted commentator and lecturer on Irish music. He is in demand as a session player and was a senior producer in RTÉ Radio for many years. He is the current TG4 Gradam Ceoil ‘Ceoltóir na Bliana’ – Musician of the Year. Kevin has performed and recorded with the likes of Ronan Browne, Davy Spillane, Seán Tyrell & Seán Óg Potts.

The next generation is continuing the tradition with Kevin’s daughter, Doireann Ní Ghlacáin now a highly regarded recording artist and television presenter in her own right, having presented programmes such as TG4’s Gradam Ceoil, FleadhTV & Cork Folk Festival.

This series was produced by Táin Media for TG4 and funded by Northern Ireland Screen’s Irish Language Broadcast Fund (ILBF).