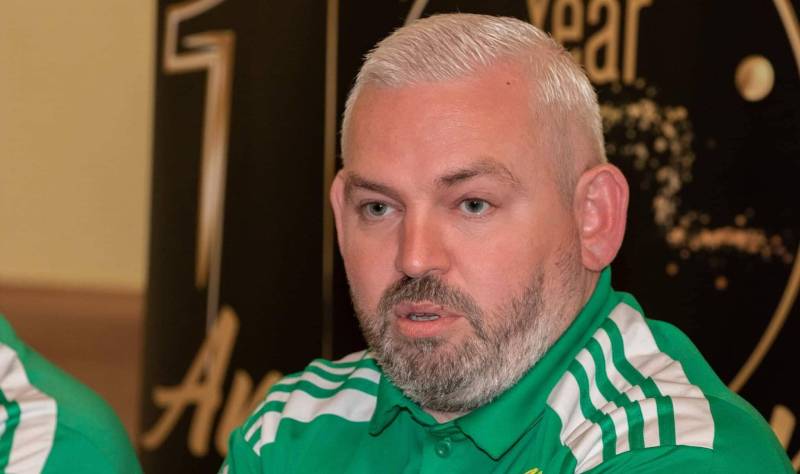 Watch: Jason Gibson praises Bonagee for leaving everything on pitch

Bonagee United manager Jason Gibson had nothing but praise for his side after they lost 4-0 to a ‘cracking’ Shelbourne side in the FAI Cup.

Bonagee held Damien Duff’s Premier Division side to 0-0 until the 48th minute of the first half, with Shelbourne scoring in controversial circumstances, but Gibson couldn’t fault his sides effort and commitment.

Gibson said: “They’re a cracking outfit, they pulled us about the pitch and the fitness told there big time at the end but I can’t fault the lads, they left everything out there.

The first goal came from Jack Moylan getting space after a throw-in as Stephen Black went down once the ball went out of play.

Referee Oliver Moran continued play and despite being aggrieved, the Bonagee manager said that it didn’t have a baring on the result.

He added: “He’s gone down, he’s rolled his ankle and is clearly in distress and we felt he could’ve got attention but the referee decided to play on.

“It didn’t decide the result of the game but if you get in at half-time 0-0 and set them up again it mightn’t have been as convincing.”

Watch the interview below: