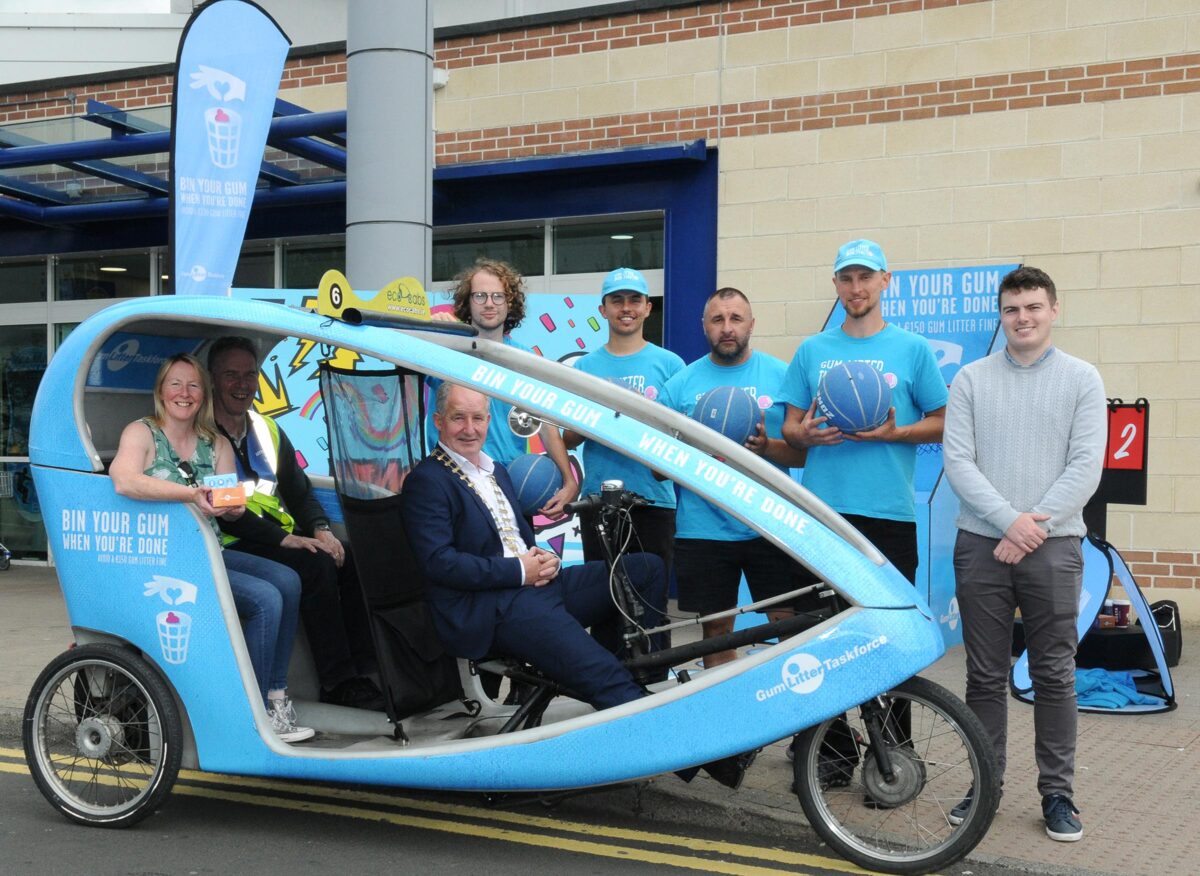 The Gum Litter Taskforce Roadshow took to the streets of Letterkenny recently as part of its summer tour to promote responsible disposal of gum litter.

Ireland has achieved a 70% reduction in chewing gum litter since 2007, according to the Gum Litter Taskforce (GLT), the National Awareness Campaign to make gum litter an issue of the past.

The study from GLT also shows that gum litter now accounts for only 8% of all litter compared with 2007, when the campaign was launched. 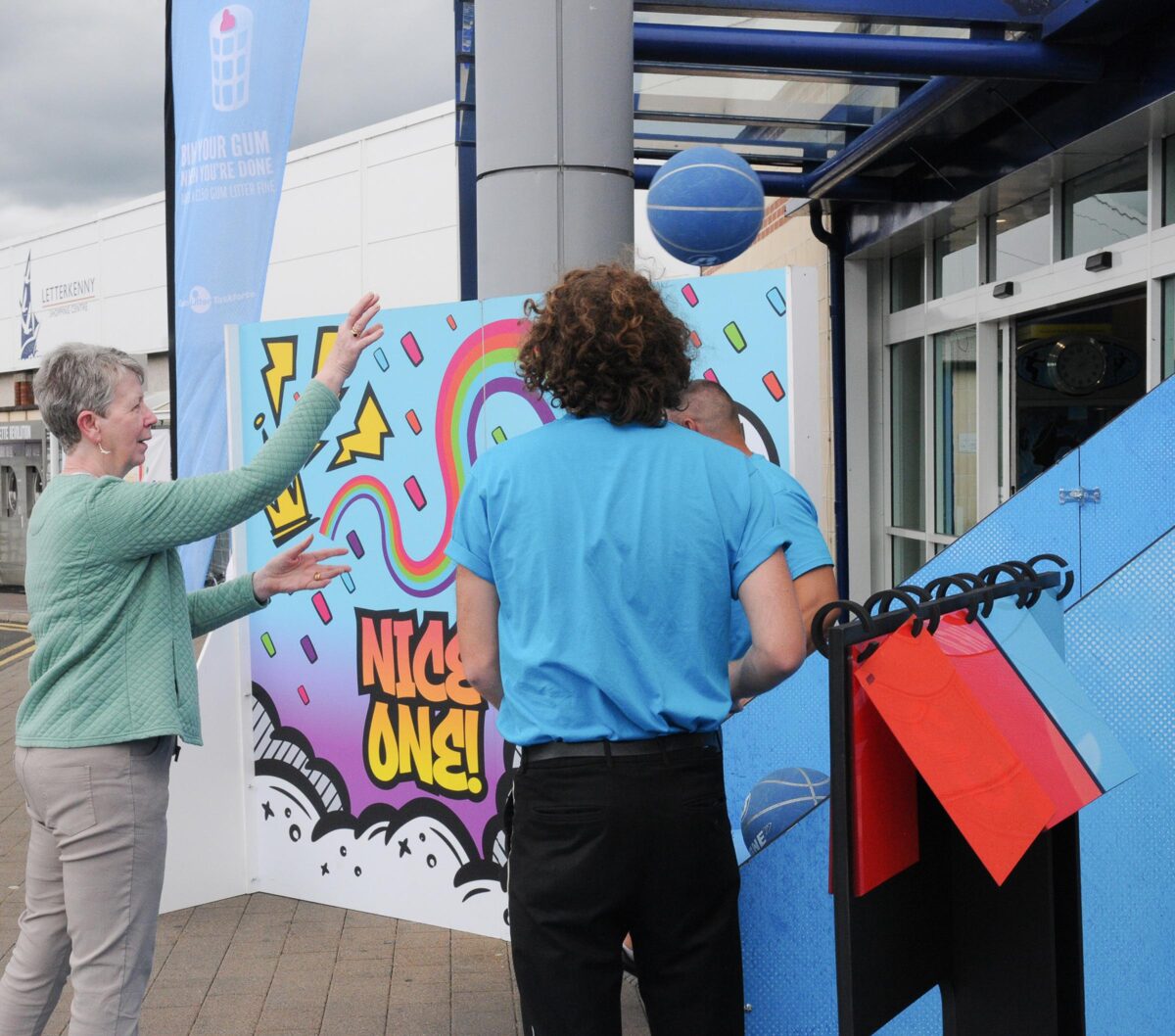 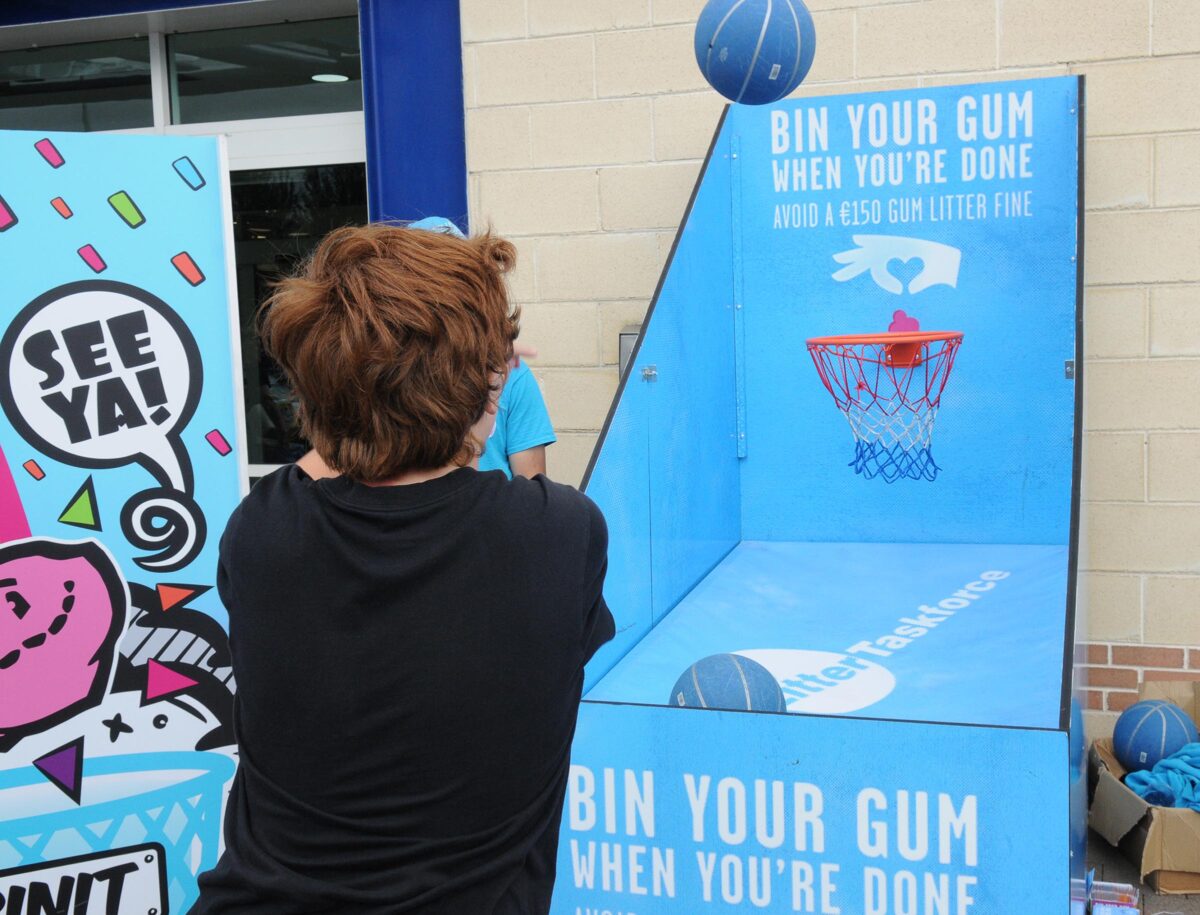 Arenewed campaign, which is funded by Mars Wrigley, will run for a fifth cycle until 2025.

To date the 2022 Gum Litter Taskforce Roadshow has engaged with over 30 local authorities across the country to promote community-led action on gum litter by hosting awareness initiatives and localised launch events and providing engagement and educational materials.

The taskforce has led to increased knowledge of the fine associated with gum litter, with 81% of those surveyed after the campaign now aware of the €150 fine. However, just over one in four (27%) claim never to have dropped gum, highlighting the continued importance of this awareness and behavioural change campaign, particularly for future generations.

Following the conclusion of the roadshow, the Gum Litter Taskforce’s Bin It! education programme will kick off in September. The ‘Bin It!’ school roadshow encourages students to responsibly dispose of litter, and particularly gum litter, through actor-led workshops. The latest cycle of the campaign will see the programme shift its focus from secondary school students to students in fifth and sixth class, and a return to in-person workshops, with the programme set to deliver 60 performances a year to primary and secondary schools nationwide, with the ambition to visit 180 schools by 2025. This is in addition to useful lesson plan material that has been made available to almost 730 schools across Ireland.