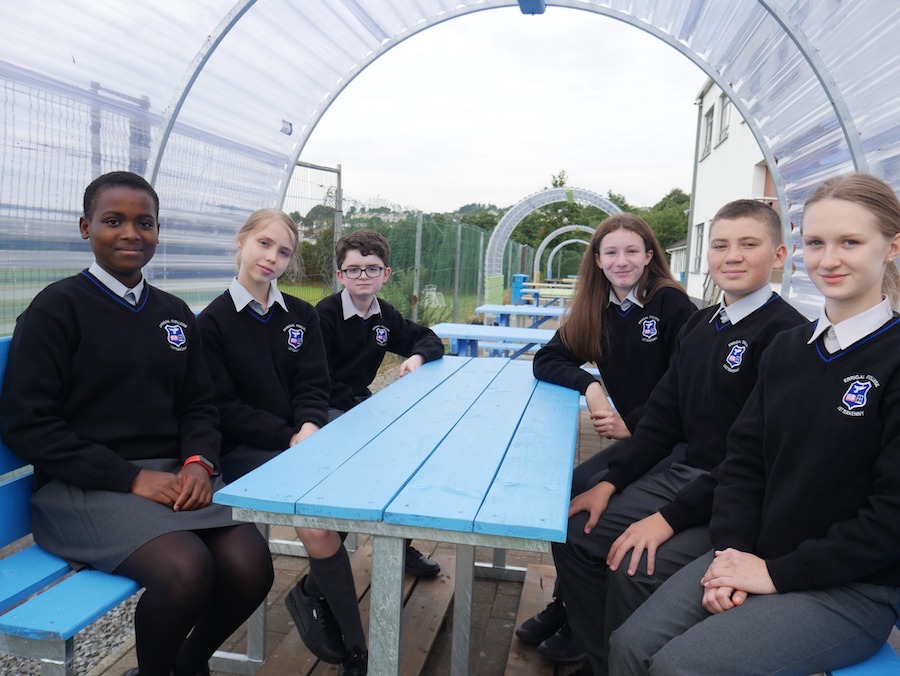 It was a case of out with the old and in with the new for one Letterkenny secondary school this week.

He said “We thought our school uniform was lovely. It was grey trousers, grey shirt and a blue round-necked jumper. It had been introduced in the early 80s and it looked great.

“I was a student in Errigal College in the twentieth century, but I am Principal now in the twenty-first century and the world is moving on.

“We are constantly evolving and making improvements in our school, and we decided it was time to update our uniform.” 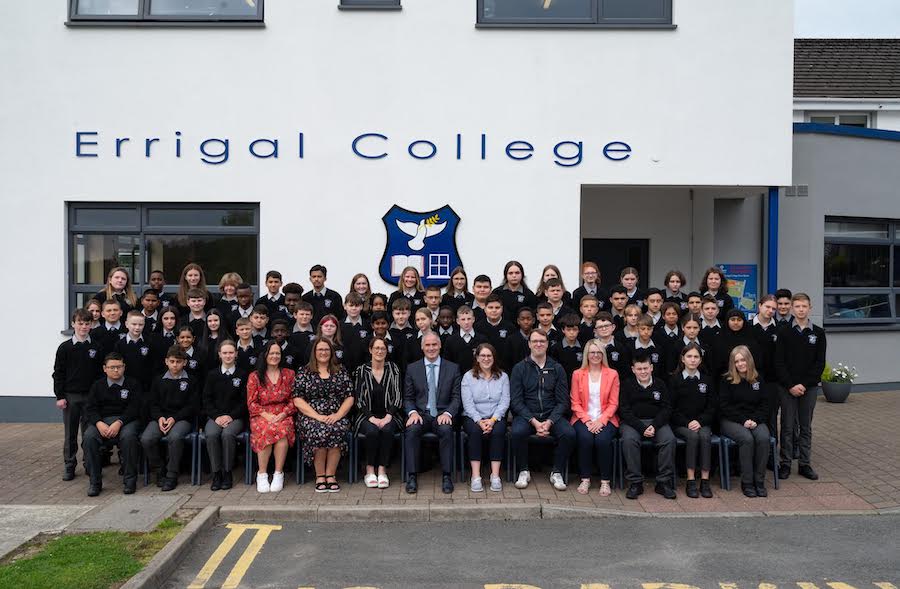 Ms Caitriona Hasson, school uniform coordinator, carried out a lot of research over the last year and chose black because it is a colour that no other school has in Letterkenny and is a bold, powerful colour that looks very professional.

“We added a nod to the past and the present with the thin blue stripe, which reflects the old uniform and the Errigal College crest.”

Ms Hasson was confident the students would like it.

“I knew they would love it. Student voice is essential here at Errigal and I worked closely with the students and listened to their feedback when we were designing the new uniform.

“We met with parents, the Board of Management and with focus groups looking at the various options.

“But the colours and style of the new uniform have had a very positive response. The students just love it and it’s great to see our students wearing their new uniform with such pride!”

Leaving Cert students Evie Canny and Lea Gough agreed: “It’s great. It has been really thought through and it looks really smart”.

The new Errigal College uniform is available in Watson’s Menswear, and in County Seat, both on Main St, Letterkenny It is being worn by first year students in Errigal College this year and being phased into other year groups, who can choose which uniform to wear. 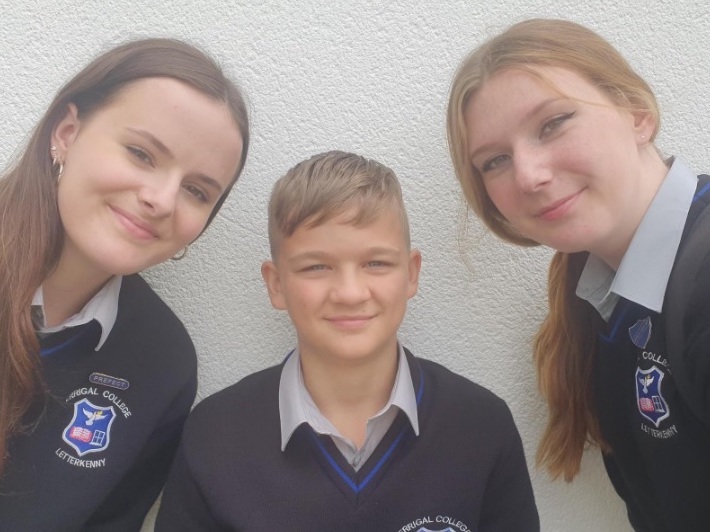