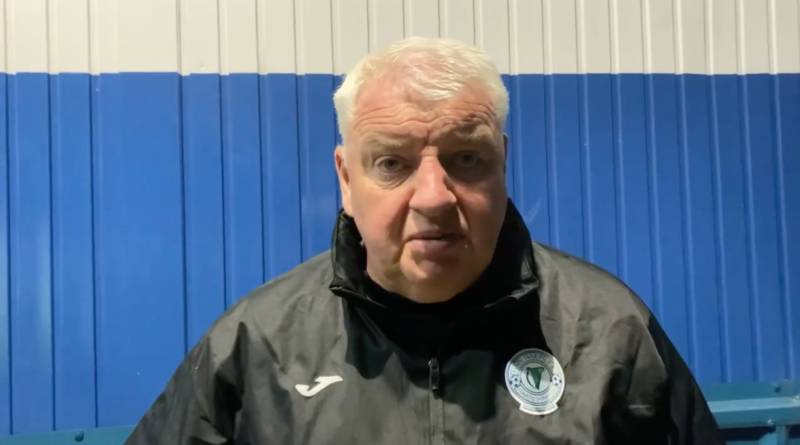 Gavin Dykes: Harps need to be pushing for results to stay in the division

Gavin Dykes says Finn Harps need to try bring the momentum from the previous game into the rest of the season and get results to stay in the Premier Division.

Finn Harps take on St. Patrick’s Athletic tonight at Richmond Park as they look to build on their win over Sligo Rovers last time out.

A brilliant strike from Barry McNamee and a Ryan Rainey header had Ollie Horgan’s side 2-0 up at the break before Aidan Keena got one back quickly into the second half.

Ryan Connolly then scored from the spot before picking up a second yellow minutes later as Finn Harps played the last 20 minutes with 10 men.

Keena scored from the spot with 10 minutes remaining but Harps held on to pick themselves back up from last place to overtake UCD.

It’s been two weeks since the 3-2 win over their North West rivals due to the FAI Cup on last weekend and Harps assistant manager Gavin Dykes feels it may be a hinderance to their momentum.

Dykes told FinnHarps.ie: “We’d a vital win in our last game against Sligo and we probably could have done without the week off in a lot of ways to try and maintain that momentum.

“Regardless, we are where we are and we need to be pushing for results in every game from now to November to give us a shout of remaining in the league.

“St. Pats have been excellent in recent weeks. They were flying in Europe and were desperately unlucky not to progress further. They carried that form into the league since and will be eager to cement their place in the top four and keep the pressure on Dundalk above them.”

In team news David Webster is still out injured, while Filip Mihaljević, Regan Donelon, Ethan Boyle and Rob Jones are doubts. Ryan Connolly and Ryan Rainey are unavailable through suspension, along with Ollie Horgan who will be forced to watch from the stands.

Gavin Dykes: Harps need to be pushing for results to stay in the division was last modified: September 2nd, 2022 by Staff Writer
FacebookTweetLinkedInPrint