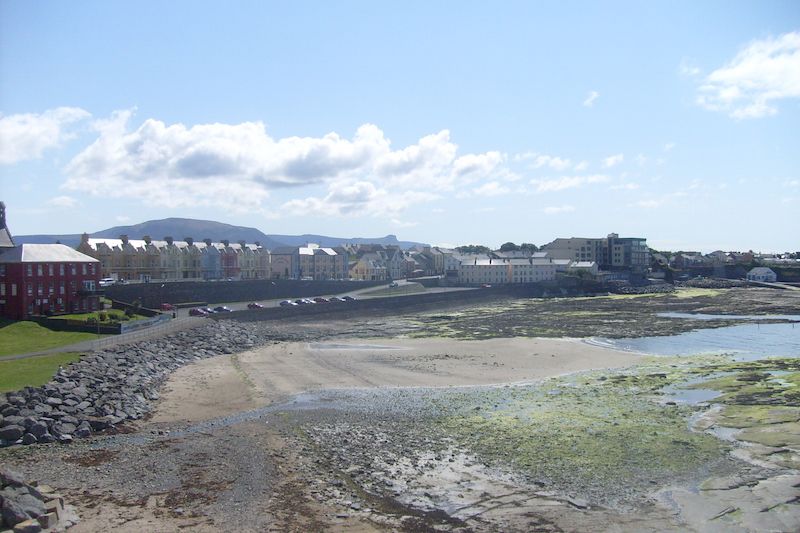 A survey of beaches and harbours around Ireland has shown that some Donegal areas continue to face serious litter problems.

The annual nationwide survey is carried out by business group Irish Business Against Litter (IBAL).

Its latest survey has reflected poorly on both Killybegs and also Bundoran.

The annual nationwide survey by business group Irish Business Against Litter (IBAL) of beaches and harbours has shown Bundoran to be again branded ‘littered’. While still ‘moderately littered’, Killybegs harbour has shown improvement over last year.

Overall, litter levels are on the rise, with only 8 of 33 areas surveyed receiving the ‘Clean’ designation. Alongside its impact on tourism and recreation, IBAL is warning that coastal litter has grave implications for the future of our planet.

The An Taisce report for Killybegs harbour stated: “There were substantial improvements noted at the town side of Killybegs, particularly regarding new planters (e.g. at The picnic tables / seating area) and seemingly less litter in the immediate vicinity of the tourist office. There was a variety of litter bin types, some of which were completely closed, preventing the foraging from same. Overall, the site presented well with small litter accumulations (mainly food and alcohol related) along the promenade and in between the rock armour; cigarette butts / chewing gum were pronounced along the promenade and car parks; there was a notable improvement in the presence of dog fouling compared to last year .The removal of litter bins along the promenade during a summer season is somewhat perplexing..”

The An Taisce report for Bundoran stated: “There was a very heavy cigarette butt presence along the edges of the promenade and at the seating areas – there were no visible cigarette butt disposal units and signage relating to same in the area. Soft plastic items were found along the tide line, most likely washed in, but it was the litter along the promenade and car park which really brought down the litter grade – this is so preventable and manageable.

“The overflowing litter bins along the promenade made the problem worse. Some bins had been removed from dog fouling bag dispensing stations and an unsightly broken dog fouling bag dispenser is still in place; hopefully the wall under the lifeguard station will be much enhanced once the artwork is complete; the ‘Beach Toy Library’ looks like a great scheme – ‘Borrow – Play – Return’ – this is something that could be rolled out throughout the country; the ‘2 Minute Beach Clean’ Board was in good condition; Some hard-hitting dog fouling signage ‘Clean Up after your Dog and Stop Disease’ had been defaced. Black, covered, litter bins, with small apertures (presumably to prevent the deposit of household waste) looked very fresh.”

Beaches, harbours, rivers and their immediate environs were monitored by An Taisce in June and July and again Bundoran was again ‘littered’.

“Unfortunately the improvement observed at our beaches last year seems to have reversed this time round,” commented IBAL’s Conor Horgan. “We had hoped that the decline in Covid-related litter might bring an improvement in overall cleanliness, added to the fact that many who staycationed last year would have travelled abroad this summer. Our most popular beaches are not heavily littered, but they’re not as clean as they should be.” Covid-related litter on the decline … but not coffee cups

Unsurprisingly there was a fall-off in Covid masks and gloves found, but also in alcohol-related litter which was linked to lockdown. Coffee cups remained a significant litter item, however, present in half of the areas surveyed.

The most common forms of litter found by the assessors were cigarette butts, sweet wrappers and plastic bottles.

“Every day it seems we hear more of the dire consequences which marine litter, much of it plastic, holds for our planet,“ adds Mr Horgan. “We need to impress on people that simple individual actions such as discarding a coffee cup – or even a cigarette butt – have implications which stretch beyond the local environment.”

With 10 million tonnes of plastic ending up in our oceans each year, it is estimated that there will be more plastic than fish in our oceans within 30 years. Research shows a single cigarette butt can contaminate up to 200 litres of water.