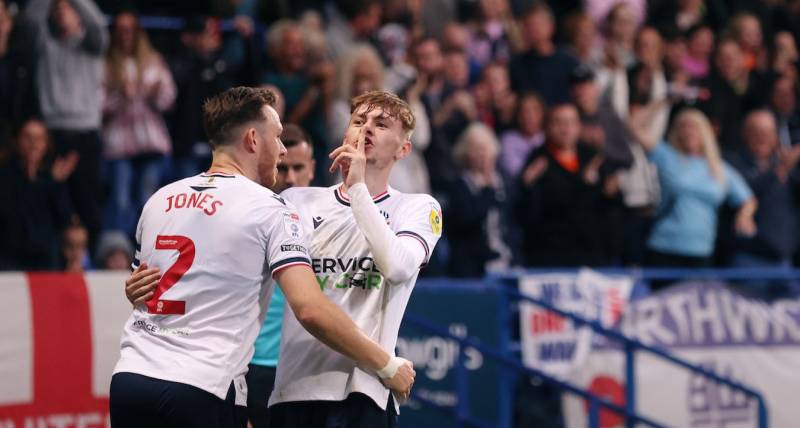 Conor Bradley got a goal and an assist as he was key to Bolton Wanderers as they defeated Charlton Athletic to move up to 8th in the League One table.

Bolton found themselves 1-0 down after just 4 minutes but the former Finn Valley AC athlete equalised just five minutes later when Joe Iredale’s cross went past everyone and Bradley got a touch to take it into the net.

Bradley, from Killen in Tyrone, near the Donegal border, then turned provider for Kieran Lee as a cross fell to him and his touch put the ball in Lee’s direction.

George Johnston made it 3-1 in the second half.

Bradley, who is on loan from Liverpool, now has three goals so far this season.