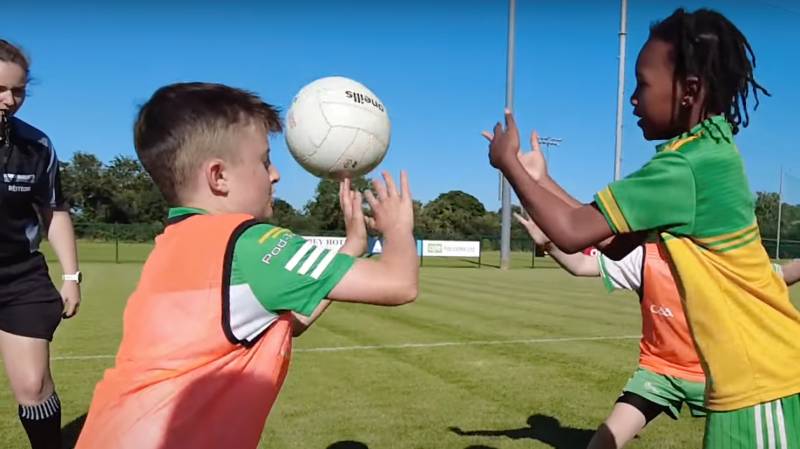 Donegal County Board begin ‘Give Respect, Get Respect’ campaign

The Donegal GAA and Donegal LGFA have teamed up to voice the same message for the game: Give Respect, Get Respect.

CLG Dhún na nGall Children’s Officer Daireen McMenamin and Bradas Video Productions have produced a series of videos with the message “Give Respect, Get Respect”, with the first video being released yesterday.

The video shows a coach giving out at a referee decision, which is frequently seen and heard at games across the country.

The video comes in the wake of a referee being assaulted in Roscommon, while a similar incident happened in a Senior C Championship game in Donegal last month.

The short video released on the County Board’s YouTube channel and can be seen below or directly via the link on the Donegal GAA website.

Daireen would like to thank Paddy McMenamin,  Bradas O’Donnell, County the county hurlers and footballers who participated, referees Enda McFeely and Siobhan Coyle, coaches, parents and of course the children who participated.