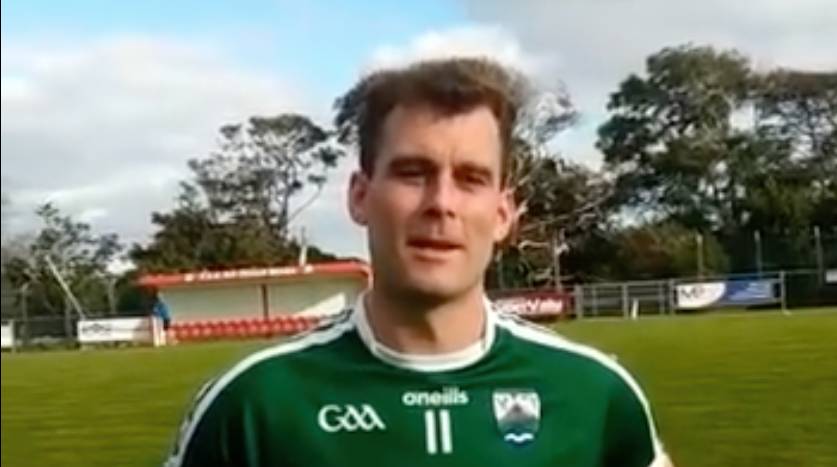 With the help of Eamon MGee, Gaoth Dobhair took their place in the final four of the Donegal SFC with a one point win over Aodh Ruadh in Fintra.

In a tightly contested game, Aodh Ruadh came to within a point at the end but couldn’t tie the game up and will be rueing some missed chances, especially in the first half.

McGee was at the heart of the majority of the Gaoth Dobhair attacks and scores.

The game started slow, with Michael Roarty getting the first score of the game but that took 12 minutes to come, with both sides having a couple of early wides.

Neil McGee scored a great point, faking before taking on the shot.

Philip Patton with a great score made it 0-3 to 0-2 in Gaoth Dobhairs favour, while Aodh Ruadh kicked six wides with the wind in their favour in a low scoring first half.

Patton levelled the game in the second half but Gavin McBride and Neil McGee put Gaoth Dobhair two ahead.

Aodh Ruadh almost took the lead when Patton’s chipped effort came back off the crossbar, but Michael McKenna and Diarmaid McInerney got them level.

Gaoth Dobhair would go into a three point lead for the second time in the game as points from Seaghan Ferry, Domhnaill Mac Giolla Bhride and Eamon McGee firing over the bar.

Aodh Ruadh didn’t give up however and when Patton and McInerney pointed, they had the momentum on their side.

A last gasp chance to tie the game was squandered as Gaoth Dobhair can breathe a big sigh of relief, as they join Kilcar in the semi-finals.