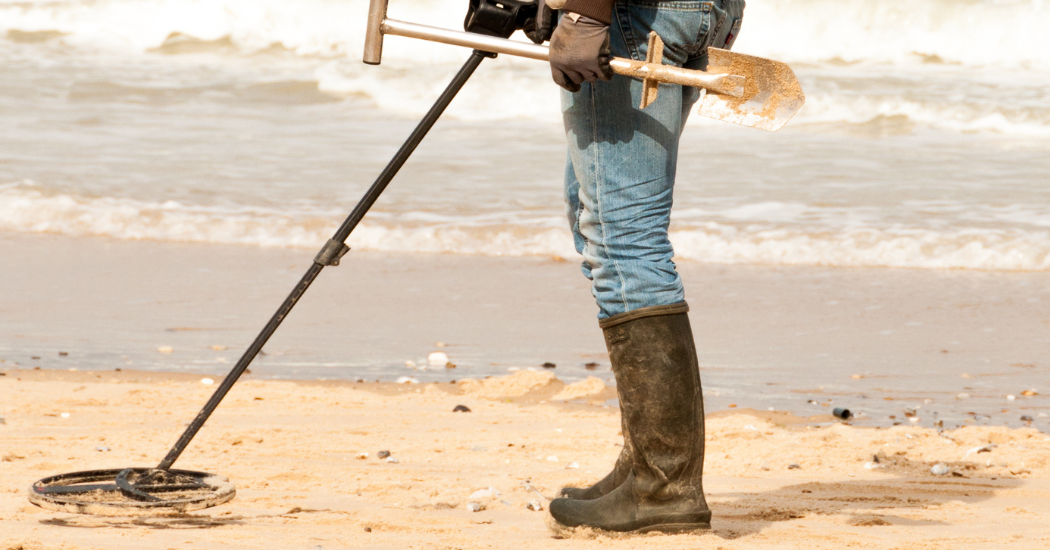 Woman reunited with precious ring thanks to kind stranger

A Derry woman who lost her late father’s wedding ring on a Donegal beach could not believe her fortune when it was found two months later.

Caroline Campbell from Galliagh was devastated when she lost her dad’s gold ring on Ludden Beach in Buncrana during a swim on 12th July.

Two months later, she was reunited with the previous family heirloom after a metal detectorist worked night and day to discover it deep in the sand.

The incredible story was shared on BBC Radio Foyle this week, where Ms Campbell shared her immense joy and gratitude to the finder, Kieran Hegarty. Kieran only picked up metal detecting as a hobby last year, but the opportunity to do a good deed came recently when he was out on Culmore beach and he bumped into a friend of Caroline’s who explained what had happened.

Kieran made his way to Buncrana to begin his search, confident that the ring would still be on the beach due to the lack of tides and high swells in the area.

Kieran searched for the ring for an entire night. The following morning, he was stunned to hear the detector go off. Six inches beneath the surface was Caroline’s gold ring. Kieran immediately texted a photo to Caroline’s friend, who forwarded the image to her.

“The instant I saw the photograph I just broke down, I knew it was daddy’s ring and I couldn’t believe it,” Caroline told the BBC. She drove to Donegal that day to be reunited with the ring, and to give Kieran a huge hug.

She said that the ring had become damaged due to being in the sand for so long, but she is currently getting it repaired at a jewellers.

She said she was overjoyed to have “a piece of my daddy back at all, no matter the condition it’s in”.