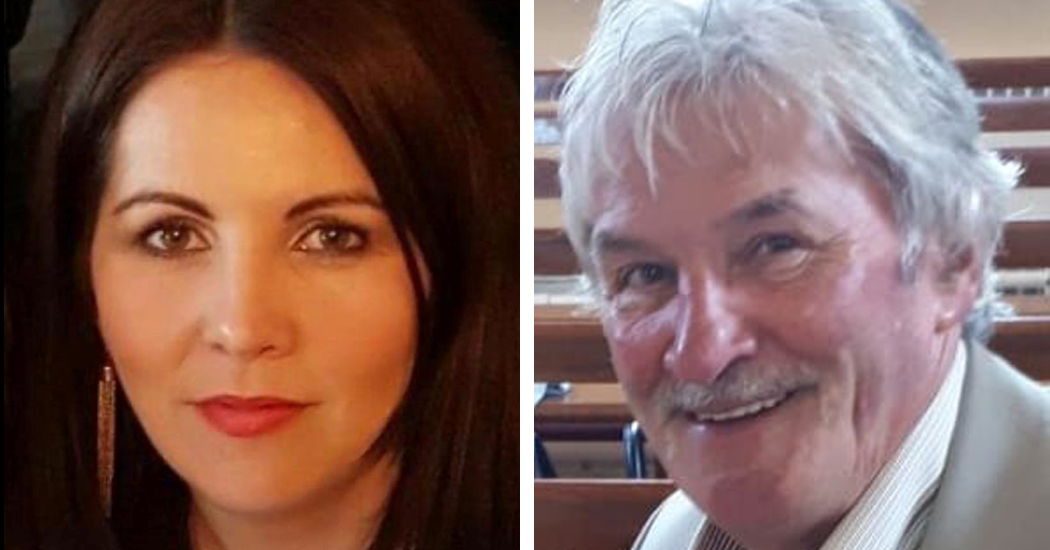 The love and respect in which a father and daughter were held was reflected by the hundreds of people who gathered both inside and outside All Saints Church in Newtowncunningham today for the joint funerals of Margaret and Patrick Devenney.

The beloved father and daughter passed away within just a few hours of eachother earlier this week plunging the entire community into a deep sense of sadness.

Patrick, a noted sportsman, passed away on Wednesday at the Donegal Hospice following a long battle with cancer.

The coffins of both rested side-by-side at the altar today with pictures of each resting on top as mourners attempted to come to terms in some way with the loss of both in such quick succession.

Addressing the hundreds of mourners which included both the Devenney and Sullivan families, Fr Philip Kemmy admitted he did not have the answers for those who asked why Margaret was allowed to pass along with her beloved dad.

“The rest of the community shares those sentiments though only you, their nearest and dearest can feel the full pain of their death most profoundly.

“The death of Patrick was made so much worse by Margaret’s unexpected passing and it has left you the mourners here today with that sense of numbing grief that filled the hearts of those loyal friends of Jesus.

“Grief comes to us all at some stage but today is particularly hard. It’s a double blow, a double burden of grief, a double measure of tears. And just when you think you are all cried out, another wave of tears come.

“I don’t have some magical formula that will take away the pain a family or a community feels when a person dies. Where is God in all of this? What’s his big plan? What has happened to this family this last few days?

“I don’t have a neat and tidy and simple answer to that. It’s obvious what God allowed to happen here but it is not so clear as to why he has allowed it to happen and in the way it has happened.

“I don’t have ready-made answers but I believe that Jesus is with us even when you might be tempted to think otherwise. He is with you and will sustain you in the time ahead. He will do that in many ways.”

Gifts were brought to the altar by Patrick’s grandchildren to reflect the lives of the father and daughter.

For Patrick both his football boots and two flags were offered. 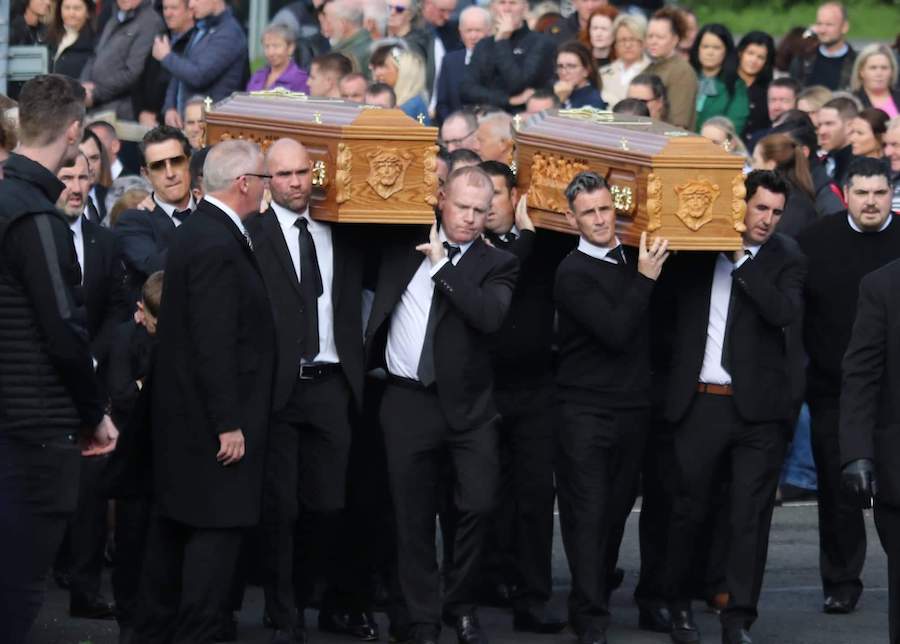 Fr Kemmy said: “He loved his sport. He graced the playing fields of Donegal and beyond with great competitiveness. Whether GAA or soccer he was a hard man to beat and a born winner.

“The two flags of the two teams he followed and loved the most, Donegal and Naomh Colmcille. Wherever they were, he followed them.”

Both a make-up bag and a welcome sign was brought to the altar to honour and commemorate Margaret.

“Firstly her makeup bag. Symbolic of her love for fashion and looking her best, looking well as everyone knows.

“And a welcome sign is brought forward to present the open, friendly, hospitable character she was. We’ll never forget how warm and funny and loving Margaret was,” explained Fr Kemmy.

A family photo was brought forward.

Fr Kemmy, assisted in the mass by Fr Pat McHugh added “Family was the heart of their lives for these two, family was, and is, so important to them. The photo is of happier times and as Christians we hold out in faith that we’ll be reunited again.”

At the start of the mass, Patrick’s only son and Margaret’s brother Brendan, a former GAA star with Donegal and television pundit, spoke of his ‘special sister.’

He asked the congregation to close their eyes and think of Margaret as he recited a specially-written poem entitled ‘My Beautiful Sister.

“I closed my eyes and I thought about Margaret and if you close your eyes now, you’ll think of her smiling face that’s the only way you can remember Margaret.”

On a lighter note Brendan recalled how Margaret loved the fun they had together and even asked him to come along to her hen night and Brendan duly obliged in fancy dress.

Two of Patrick’s daughters, Arlene and Maria, fought back tears as they said a few words about their beloved father.

They said “The one word we heard growing up all our lives about dad – absolute legend.

“We brought bits up today to symbolise how much dad loved GAA. Naomh Colmcille was his life. He boasted he never got a red card in his life but a referee told us last night they were actually too scared to send him off.

“He was so positive, we craved his company. He was so social and had loads of stories, we had the best craic.”

“He was so positive. All the consultants, doctors were amazed at his mental strength right up to the very end.

“He created the most loving home for us, family was everything to dad. We’re so blessed to have so many memories to get us through this really tough time.

“One of the last things he heard was ‘you’re our hero dad’. Mum gave him a kiss and said it’s ok to go and he took his final breath .”

Among the mourners was Margaret’s husband Eugene Sullivan and the couple’s two children Ethan and Molly as well as Patrick’s wife, Imelda, daughters Sharon, Maria, Arlene and son Brendan.

A guard of honour was performed by local schoolchildren while many sporting groups including Naomh Colmcille, Lagan Harps, St Eunan’s GAA Club, Letterkenny Athletic Club and Killea FC and many others were also represented.

At the end of the funeral mass, both coffins were led to the adjoining cemetery by burial.

May they both rest in peace.