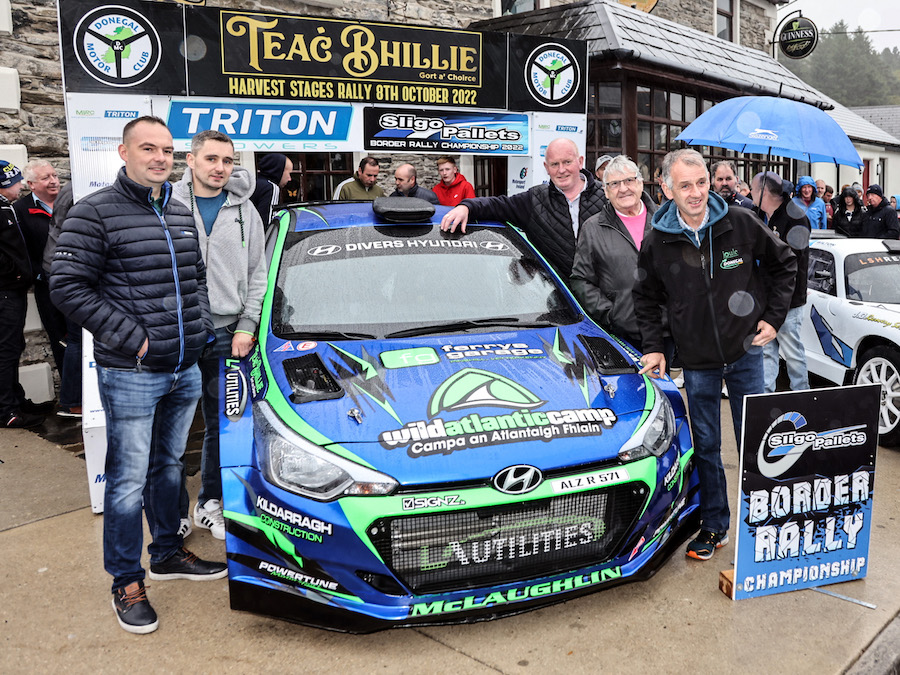 At just 13 years of age they were all racing around the track in Aghadowey at the start of their motorsport careers.

Now a few of them are back in the same class again as they prepare for the forthcoming Harvest Stages Rally at the start of October.

Names like Josh and Sam Moffett and Callum Devine, winners of this year’s Donegal and last year’s Harvest Rally respectively, are household names in rallying circles.

Now a young Donegal driver who raced against these lads as a 13 year old and watched their progress in motorsport.

Never in his wildest dreams did Kevin McLaughlin think that one day he would be competing against these boys and competitors like them at this level.

Mechanic by profession Mc Laughlin, who normally competes in his old familiar blue Honda Civic, will step up into a R5 Hyundai for the forthcoming Harvest Rally at the start of next month. 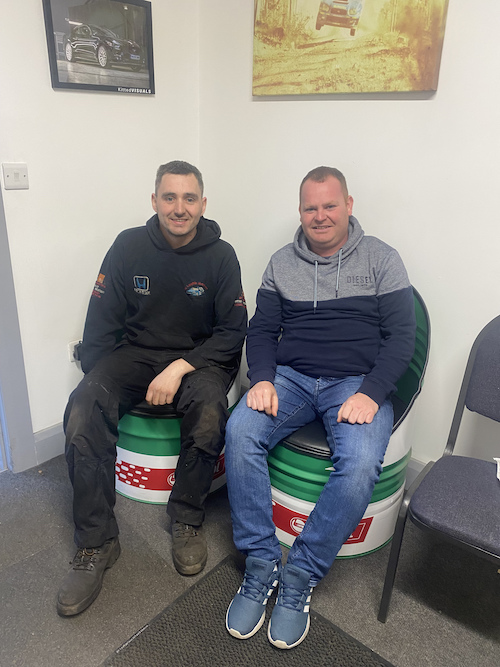 There’s many parts to this equation to make it possible for a clubman like Kevin to go rallying at the top level. Financial support is the biggest thing with around twenty local Donegal businesses or businesses that have a Donegal connection rowing in behind McLaughlin as sponsors for the Harvest.

Some of these sponsors have been with Kevin since he started off rallying his own Civic over the last decade or so.

‘When we told them what we were planning on doing for the Harvest Rally and needed to look for more sponsors to support or massive step to R5, no one that we approached refused to back us’ Kevin explained adding “A lot of them have rallied themselves over the years and know how much is involved to do an event, now they are all rallying in behinds us to make this all possible.”

Talking to Kevin on Monday evening at his place of work, Denis Ferry’s Garage in Letterkenny, there was a real buzz about the place, as they work away and look forward to the rally.

As we are talking the Hyundai lands into the street on a transporter. It was hired locally so after work this evening Kevin is taking the car down to show to a few of his sponsors.

Aodhan Gallagher his co-driver, lands in and is also looking forward to what will be his 50th event navigating mostly. The Hyundai is right hand drive so that helps a lot in the short learning curb until the rally.

Calum Devine, last year’s winner, has also helped put and the both of them have done a bit of testing on the car together in the run up to the event.. Calum is seated at No1 on the road for this year’s rally in his VW Polo R5 and Kevin is seated at number 31, which coincidentally happens to be the same as his age. 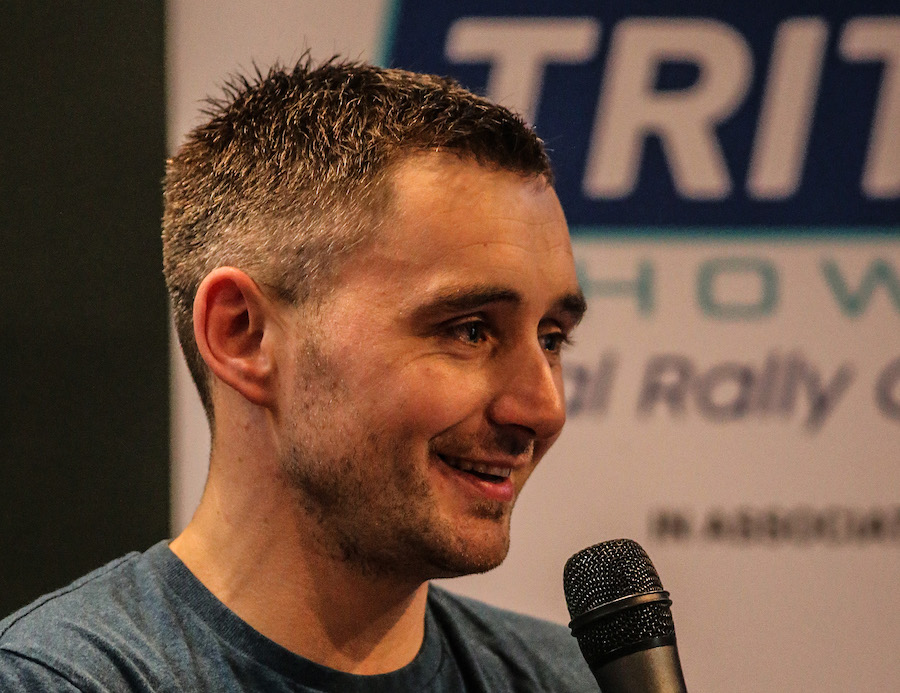 Kevin Mc Laughlin ready to take the big step to a R5 for the Harvest Rally in October, pictured at the press conference in Teac Bhille, Gortahork at the weekend. Photo Brian McDaid.

On Sunday night last Kevin’s Hyundai R5 was on show at the rally press conference along with other local rally cars in Gortahork, Damien Whoriskey in Association with Teac Bhille is the principal sponsor for the Harvest rally and also has been a long time sponsor of Kevin over the years.

The village was buzzing with the sound of rally engines echoing off the hills as the cars lined up in front of Teac bhille. There seems to be a great belief both the local competitors and indeed the event organiser under the leadership of Clerk Of the Course Tony Boyle.

Tony thanked everyone who has helps so far and has a special word of thanks to the residents that live along the rally route who have been very accommodating on the run up to the rally. Tony also thanked local business man Damien Whoriskey who has backed the Harvest Rally for 2022. 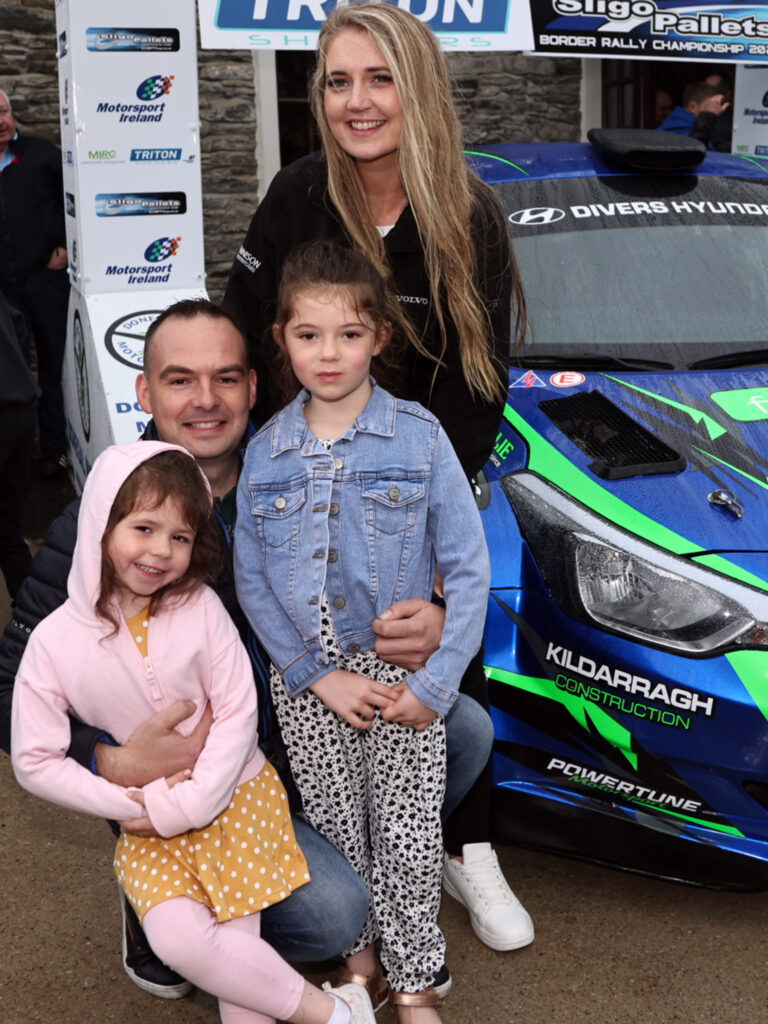 Damien and Pauline with Saoirse and Aighla Whoirskey sponsor for the Harvest Rally in October through Tear Bhille. Photo Brian McDaid.

This is the story of just one of the many Donegal teams that will be rolling up to the start line all ready to take on the stages around in and around Gortahork.

I have covered this rally for many years and recently someone shared an old rally programme for the eighties that I did the from cover photo for. It was of a man that I believed made one of the biggest changes in belief of what is possible in Donegal

Vincent Bonnar was that man who changed rallying for Donegal competitors and Donegal Spectators in their own county. 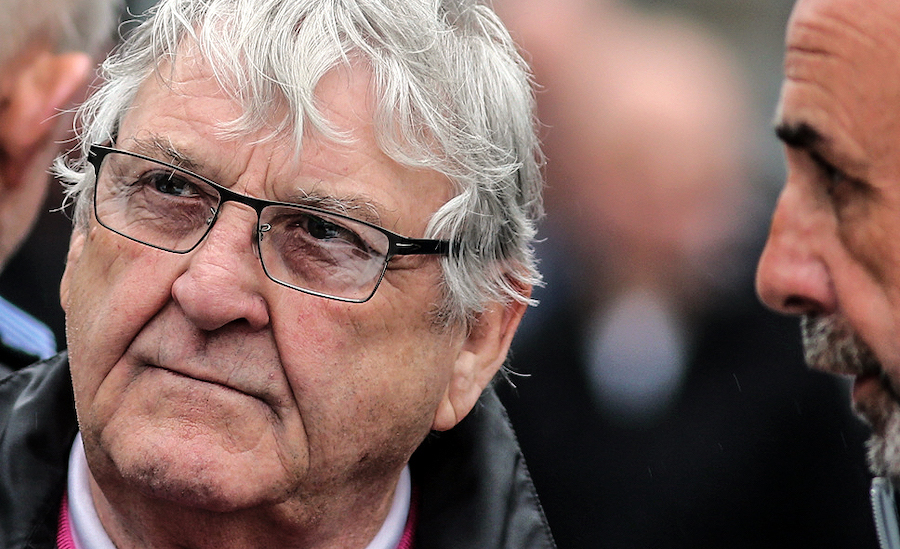 First Donegal man to win Donegal Vincent Bonner one of the guests at the press launch for the Harvest Rally in October , pictured with his son John who will complete in the event. Photo Brian Mc Daid

The Rosses man along with Letterkenny’s Seamus Mc Gettigan finished the Donegal International Rally as overall winners 39 years ago back in 1983 in his RS1800. They were the first all Donegal Crew to win their home event.

Vincent was one of the guests at the press conference on Sunday evening , he was the very last person that M.C. for the evening Kevin Glendenning finally managed to get up to say a few words.

As always, Vincent was humble in his response to his achievements over the years but it was his win all them years ago that instilled a great amount of belief in local competitors and what can be achieved if they put the effort in.

Here’s wishing Kevin and all the drivers and navigators a great Harvest Rally.