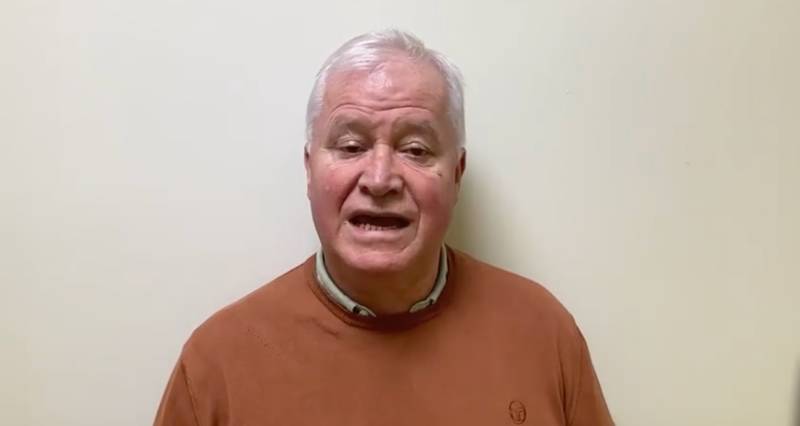 Paddy J McGinley: ‘Naomh Columba have been out of Donegal SFC for too long’

Paddy J McGinley believes it would be massive for Naomh Columba to return to the Senior Championship as they’ve been away ‘much too long’.

It’s been a long absence for a once feared side in the Senior Championship who reached six finals in nine years in the 90s.

But McGinley is hoping that the sleeping giant may be awoken and they can return to the senior championship they competed in for so long with a win on Saturday.

Speaking to Charlie Collins in the build-up to the final with Dungloe, McGinley said: “(It’s been) Much too long.  We came fast, winning a Junior in 74’ Senior in 78’ ,we had a good minor team in the mid 80s, contested six finals in the 90s.

“There was going to be a barren spell but it shouldn’t have been this long.

“But nowadays, it’s about players not just turning up in training, not just doing the running, they have to examine their own performances collectively and individually and we’ve a smart crowd of lads and they’re doing that.

Naomh Columba have been consistently reaching the latter stages of the Intermediate Championship, but haven’t been able to get past the final hurdles, and McGinley believes they have learned from their near misses.

“Looking at what happened in the past is part of the things you learned going forward.

“We’ve waited a long time to get to a final and it has never been for the lack of effort or training or commitment from any players or the club so it’s massive for us.

“It would be massive for us to get over the line but the best team will win and if it’s us then great but if not then good luck to Dungloe.”

Dungloe made the final of the Championship last year, defeating Naomh Columba in the semi-final as they looked to return to the Senior Championship at the first attempt, and McGinley knows it isn’t going to be easy but is optimistic.

He added: “We’re going in with optimism but we still haven’t proven to ourselves we can win dirty or win a game point for point.

“If we stay in the game, we have a decent bench and if it’s nip and tuck with 15 minutes to go I’d be optimistic.

“Our strength is playing football, there’s not a negative bone in their armory. Everything is about putting the ball through their hands and they’re good at it.”

Paddy J McGinley: ‘Naomh Columba have been out of Donegal SFC for too long’ was last modified: September 28th, 2022 by Staff Writer
FacebookTweetLinkedInPrint