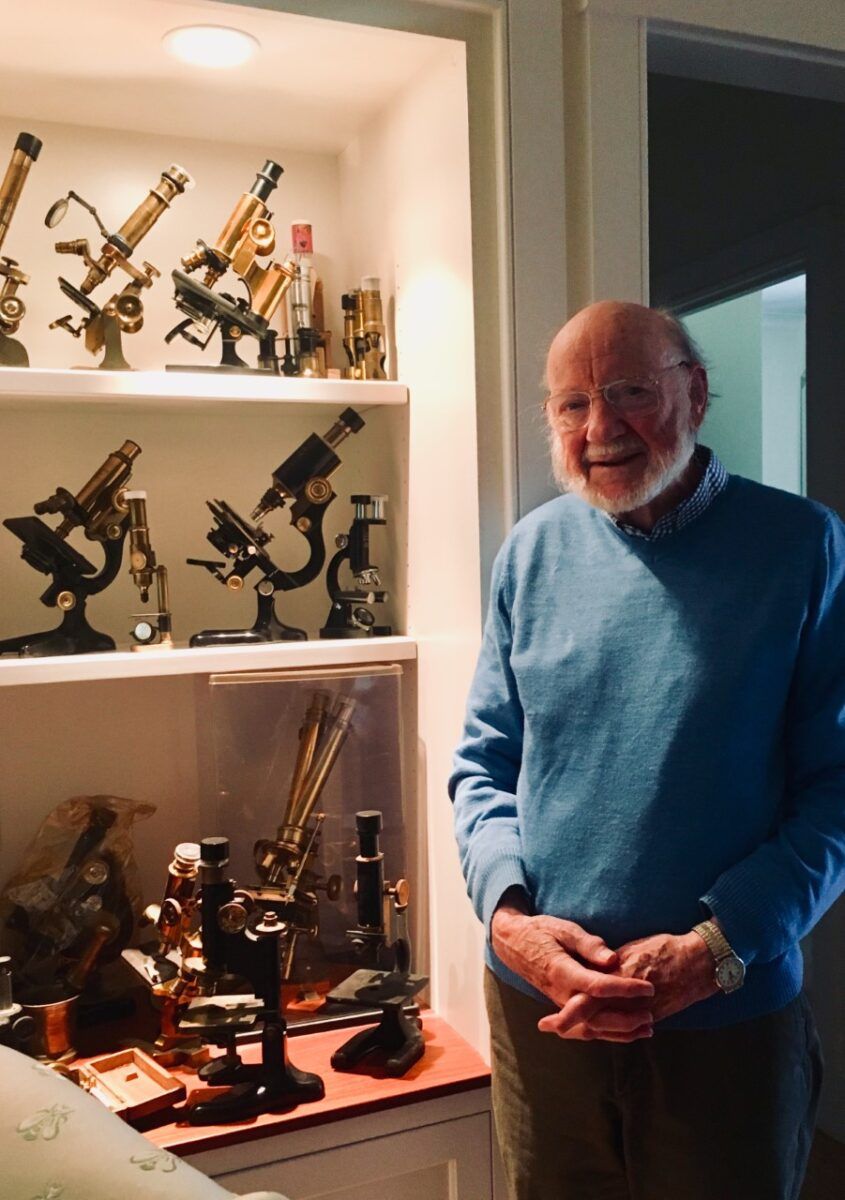 A bronze statue to honour Ramelton’s Nobel Prize winner Professor Bill Campbell will be unveiled this Saturday in the town in which he grew up.

The streets of the town by the River Lennon are set to be buzzing for the occasion which honours Professor Campbell who won the Nobel Prize for Medicine in 2015.

The unveiling of the statue which was created by sculptor Paul Ferriter will be unveiled at Gamble’s Square at 1.30pm.

Professor Campbell’s family including his two daughters Betsy and Jennifer will also attend the occasion.

The Strabane Concert Brass have agreed to play at the unveiling while a specially commissioned piece of music composed by renowned Scottish fiddle player Paul Anderson for the occasion will be played by Paul and Martin McGinley.

The MC for the occasion will be Dermot Scott while Professor Sam McConkey will also be a guest speaker.

Professor Campbell will join the occasion live from a videolink from America.

Ahead of the occasion he said: “I’m immensely proud of my Donegal roots, I’m a Donegal boy and proud to
be a Ramelton boy. It was a great place to grow up and was a great start to life”.

Throughout Professor Campbell’s distinguished career, he has shared his many accolades with those places and institutions that he has held dear, from his days growing up in Ramelton to his formative education at Campbell College, the beginning
of his path of scientific discovery at Trinity College Dublin and his many career highlights culminating in his Nobel Prize in 2015.
This lasting legacy of a bronze statue dedicated to a career of scientific discovery which has changed the lives of millions will serve as an inspiration to people for generations to come.

Professor Campbell has given so many reasons for Ireland to be proud of all that he has achieved.

“Ramelton was a great place to grow up and was a great start to life. I begin every lecture by showing a picture of The Mall in Ramelton and then a picture of cows on The Mall, my father’s cows. Of course, it has absolutely nothing to do with the lecture, but I like to tell people where I’m from because it is such a part of me.”