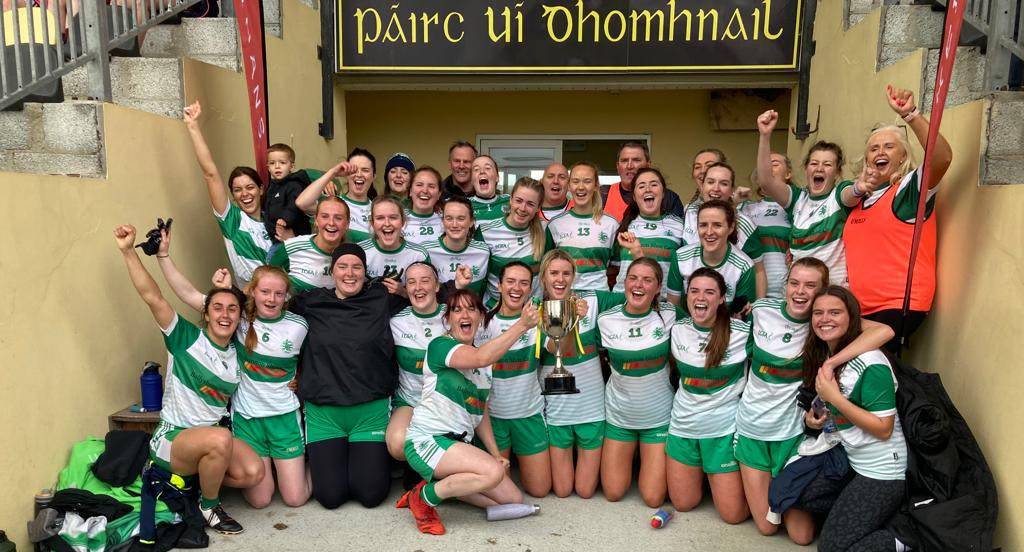 Aodh Ruadh Ballyshannon proved much too strong for a youthful Ardara team in this Ladies Intermediate final at O Donnell Park.

They got the perfect start when Caoimhe Keon burst through from midfield, held off several tackles and hammered the ball past Emily Whittington in the first minute.

A minute later the Ardara keeper made a super save to deny Cait Gillespie when a goal looked certain.

Eimear McMahon and Gillespie added points before Carol Breslin opened Ardara’s account from a free in the 12th minute.

Ardara were still unable to get a real footing in the game and suffered another big setback when Terri Gallagher slotted home goal number two, finishing off a fine move from midfield.

Carol Breslin added her third from a free to leave it 2-03 to 0-03 and that proved to be the last score until well  into first-half injury-time when the impressive Lucy McGlynn burst forward and her shot just cleared the crossbar to leave the half-time score 2-04 to 0-03 in favour of Aodh Rua.

Carol Breslin converted another free to start the second-half but it was one way traffic after that.

Terri Gallagher added a couple of points, Cait Gillespie pointed then hammered home a third Aodh Rua goal, Caitlin McGarrigle pointed , and both Gallagher and Gillespie goaled as the Ballyshannon girls dominated and the score went out to 5-09 to 0-06.

Eimear McMahon and Carol Breslin exchanged goals as it finished 6-11 to 1-06 to an impressive Aodh Rua team who will challenge at Senior level next year.