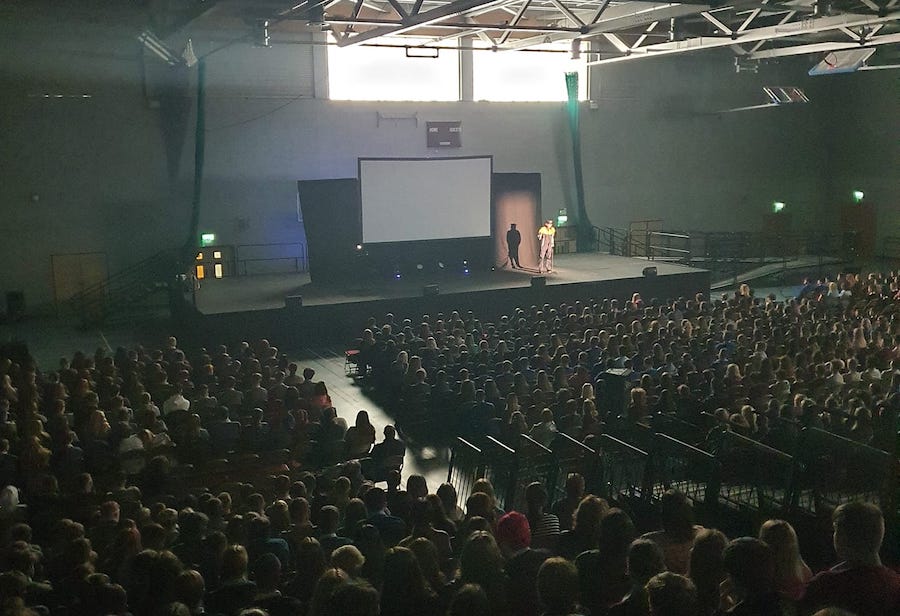 A huge crowd of young people who attended the Donegal Roadsafety Roadshow were hit with the blunt message that ignoring road safety can kill.

Hundreds of students attended Day One of the event at the Aura Leisure Centre in Letterkenny.

Among the series of features at the event was first-hand accounts from those who have suffered at the hands of careless and dangerous drivers.

The show is a partnership between the Donegal County Council and members of the Donegal Road Safety Working Group.

Students from Secondary Schools and Youthreach Centres from all over Donegal, Derry and Tyrone were in attendance and the roadshow will take place again tomorrow.

Today, the young people were shown what happens when a fatal or a serious injury collision occurs.

They heard from a member of An Garda Síochána, an ambulance crew member, a fire brigade member, as well as Dr Gerry Lane, a consultant at the Emergency Department of Letterkenny University hospital

Many of those who bravely shared their experiences spoke of the heartache and agony left behind following accidents.

A Garda spokesperson said “This show had the students total attention. They sat in silence with their eyes fixated on the stage for the entire show.

“The show sent out a very hard hitting message and explained clearly the horrific reality of a serious collision and what the result of that could be and what it could mean for them and their family.

“These students hopefully were positively influenced by the message the show left them with as they commence driving or even when they travel as a passenger in a car.