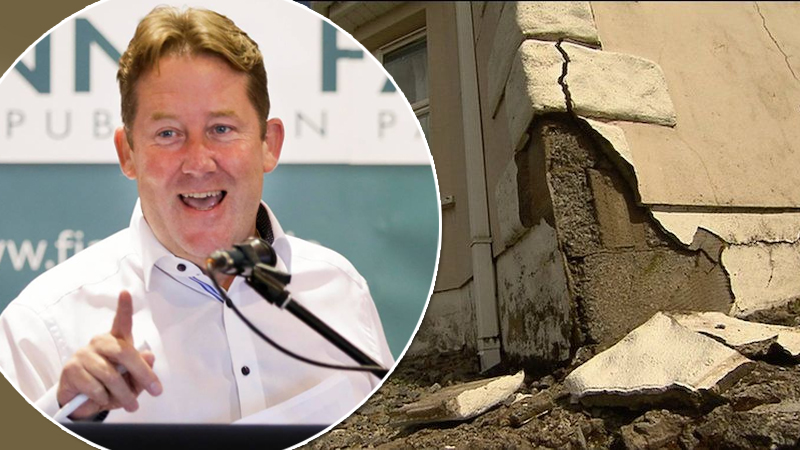 MICA homeowners caught in limbo because they cannot get €15,000 relocation grant

Scores of defective block homeowners across Donegal cannot move out of their crumbling homes because they have not been accepted onto the Remediation of Dwellings with Defective Blocks Scheme.

The scheme allows an allocation of €15,000 for families to relocate while their homes are being rebuilt.

But many whose homes are literally falling down around them have not even been accepted onto the scheme.

He said the families are facing a humanitarian crisis.

Ands he said that the Housing Agency needs to step in as a matter of urgency.

He also said the Donegal County Council are given the resources to assist families who must move out of their homes in the county for safety reasons due to the impact of defective concrete blocks to find temporary alternative accommodation.

Deputy Mac Lochlainn said “This is a humanitarian crisis, and we need an emergency response from the government. Instead, a growing number of families in Donegal, living in defective block homes, are being forced to live in dangerous homes because they just can’t find or afford temporary alternative accommodation.

“This is unacceptable and the government must act urgently. The Housing Agency have assisted hundreds of families in Dublin and North Leinster to find alternative accommodation while their homes were being repaired under the Pyrite Remediation Scheme.

“Why have the Housing Agency not been tasked with helping our families in Donegal?”

He continued “I am calling on the Minister for Housing to urgently task the Housing Agency and Donegal County Council with assisting the affected families in Donegal to find temporary alternative accommodation in the private sector or by building temporary homes with new build technologies (modular housing) at locations across Donegal.

“Under the updated Remediation of Dwellings with Defective Blocks Scheme, homeowners are allocated €15,000 to relocate their families while their homes are being rebuilt.

“The problem is that there are many families that need to relocate now but they haven’t been accepted on to the scheme. They need urgent help and the Minister must act now”.

MICA homeowners caught in limbo because they cannot get €15,000 relocation grant was last modified: October 8th, 2022 by Staff Writer
FacebookTweetLinkedInPrint