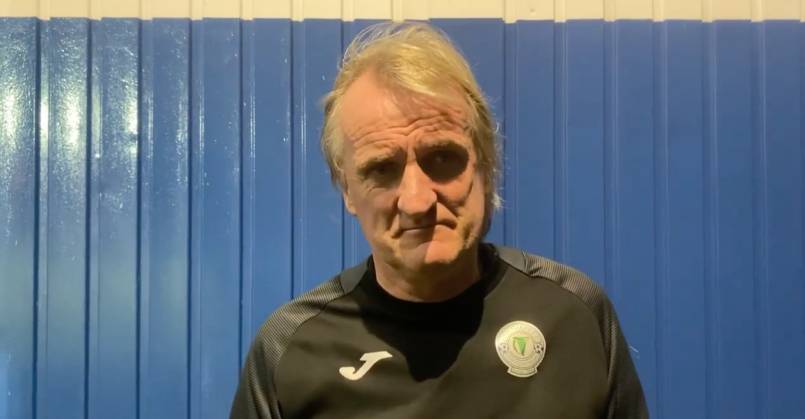 Ollie Horgan and his side travel to the Brandywell in a huge task to prize points away from an in-form Derry City side.

With five games left the Finn Harps boss knows every point is vital if they are to stay out of the automatic relegation place.

That place is held by UCD but only on goal difference.

Harps face the students in the second last game of the season.

Horgan told Charlie Collins that staying ahead of UCD will be “easier said that done.”

But he knows his team must begin their quest for points against their North West Rival tomorrow night.