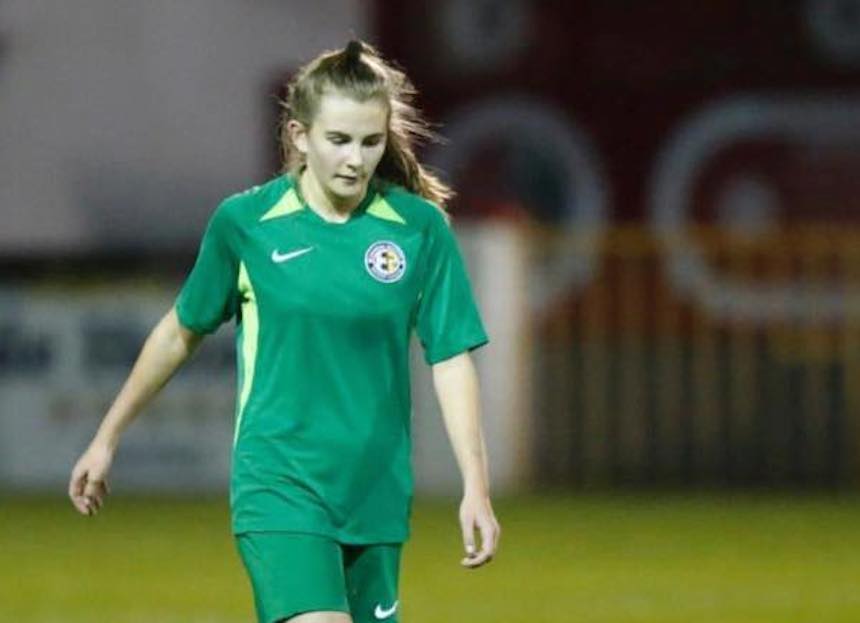 Emma Doherty played 90 minutes as Republic of Ireland Under-19s beat Northern Ireland in their qualifying round of the UEFA Women’s Under-19 European Championships.

The Buncrana native started up front for Dave Connell’s side who won 1-0 thanks to a first half goal from Kate Thompson.

Doherty also played 90 minutes in the opening game in Poland against the hosts, in a 1-1 draw.

Ireland’s win confirms they will go through to the next round, with one game left to play against France on Monday.

The Sligo Rovers striker has scored nine times in 22 appearances in her debut season in the Women’s National League.