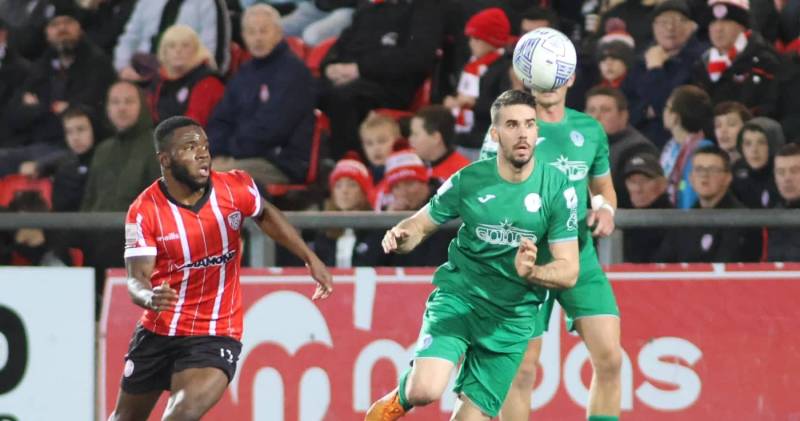 Harps made four changes from their draw with Shelbourne last Friday, as the injured Eric McWoods wasn’t in the squad, while Ethan Boyle was suspended, and Liam McGing and Jaime Siaj dropped to the bench.

And Ryan Rainey returned from suspension, with Filip Mihaljević, José Carrillo and Dylan Duncan coming in.

Derry were unchanged from their 1-0 win against St. Pat’s and were looking to win their eighth game in a row and started on top with Akintunde going through and chipping McKeown, but the Birmingham man got a touch to it and Carrillo headed clear. 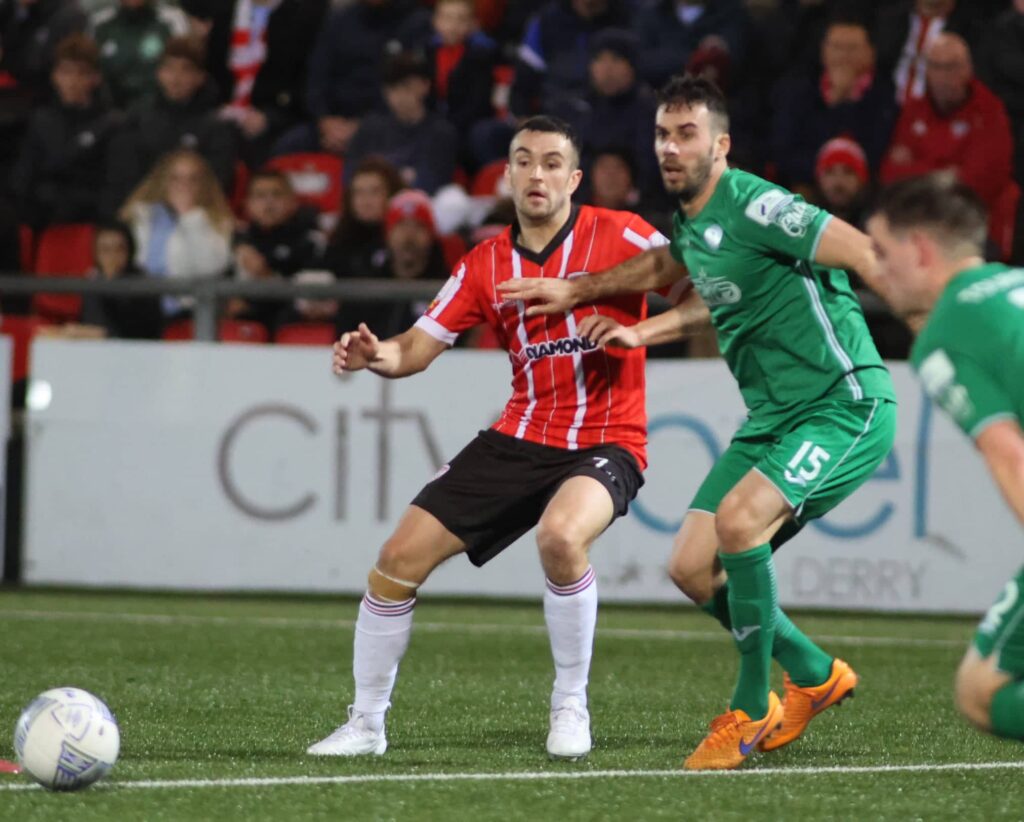 Akintunde again used his pace and got in behind, but Conor Tourish did great to put in a last ditch tackle and Kavanagh’s shot outside the box went well over.

Just before the 20 minute mark, Derry’s pressure paid off as Kavanagh found space in the middle of the park and raced forward, finding Duffy on the left hand side who let the ball run across him before finishing past McKeown.

The first Finn Harps chances came after this, as McNamee had a shot from outside the box saved, while minutes later Duncan had a shot blocked and Maher caught the ball after a couple of corners.

A Will Patching free-kick was the last proper chance of the half as the final 15 minutes saw very little happen.

And despite Finn Harps adopting a more positive shape in the second half, it was all Derry again when Akintunde was played in by Duffy but he fizzed his shot wide of the right hand post. 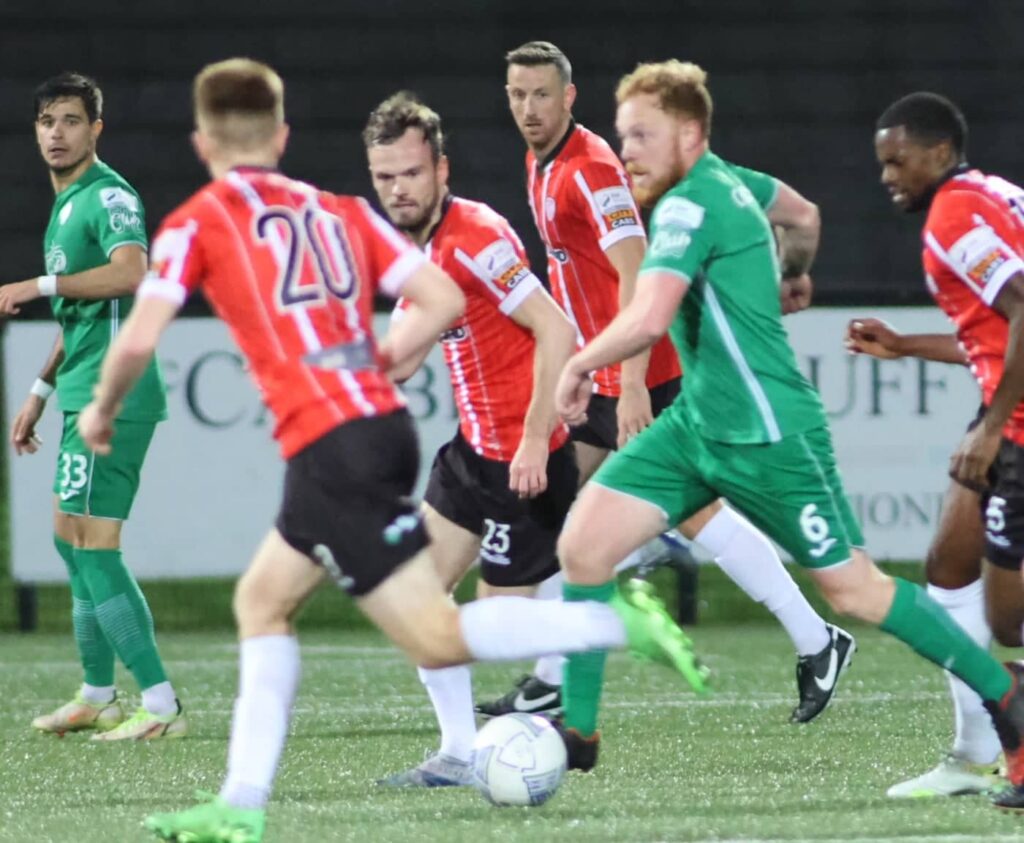 Kavanagh then got played in by Patching but it was an easy save for McKeown at a tight angle, while Akintunde really should have scored as Boyce’s shot landed at his feet from six yards out but he fired straight at McKeown.

Derry would get their second goal however when Patching found Cameron McJannett on the left and his low cross was missed by McKeown and Kavanagh had an easy tap in. 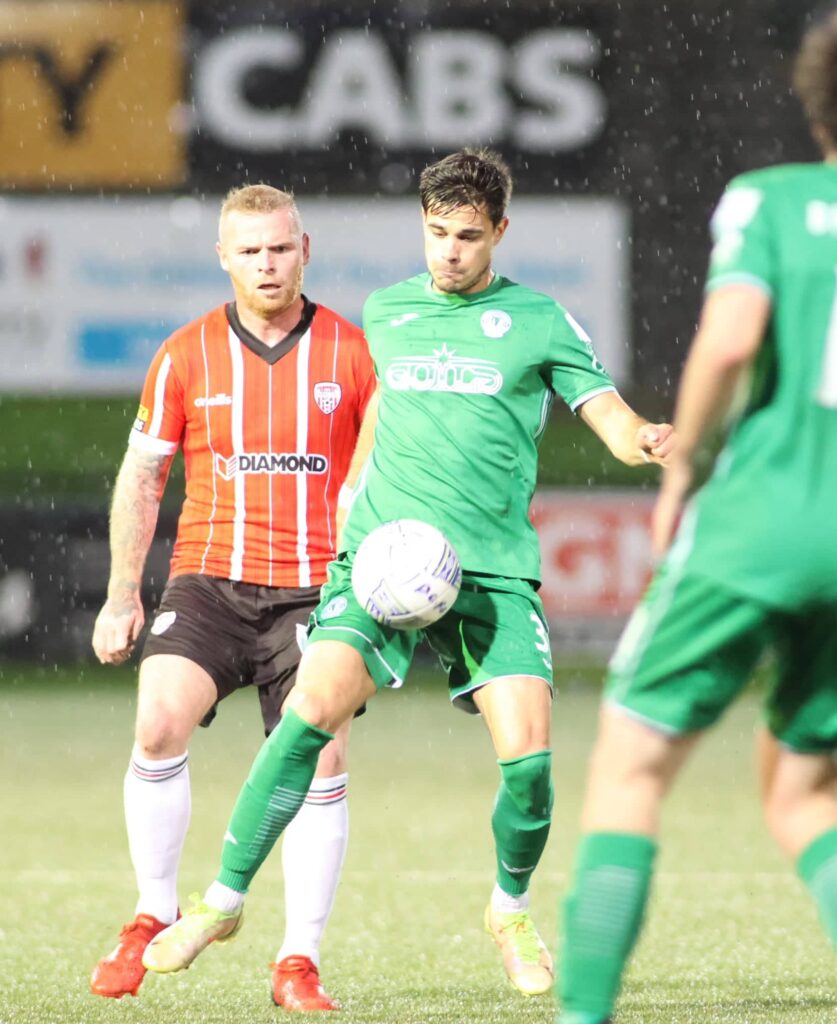 It could have got worse for Finn Harps when substitute Jamie McGonigle got in being Conor Tourish, with the defender pulling him down in the box.

McGonigle stepped up and aimed for the bottom right corner but McKeown guessed correctly and saved easily.

Will Patching had a shot just minutes remaining from outside the box and McKeown got a great hand to save at the expense of a corner as Harps didn’t threaten Brian Maher in the second half.

Derry weren’t finished and McGonigle would get on the scoresheet with a great volley from outside the box just before full-time. 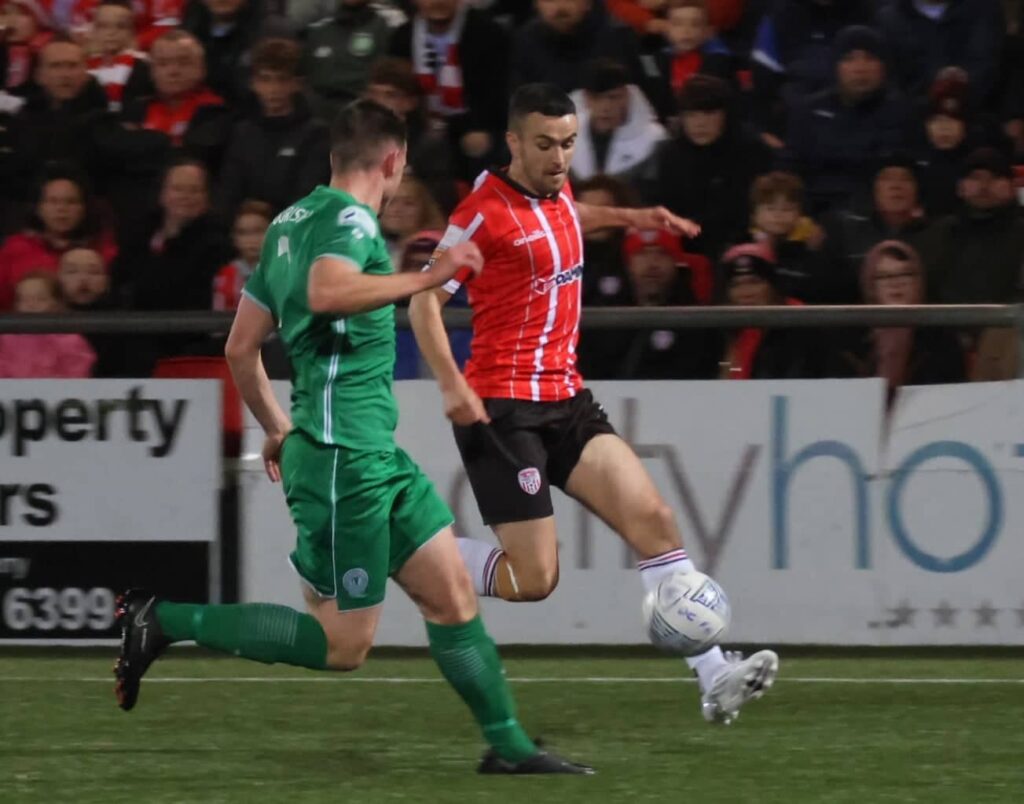 Finn Harps stay 9th with UCD losing 2-0 to Sligo Rovers, and will welcome Dundalk to Finn Park next Friday.