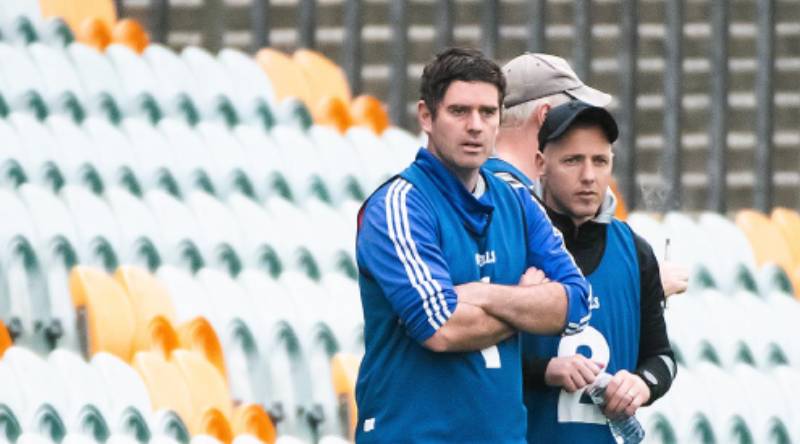 Martin Regan: We need to show our fight to get ‘anywhere close’ to St. Eunan’s

Martin Regan believes his team will need to bring their A-game to MacCumhaill Park on Sunday as they look to win a 6th Donegal SFC title.

St. Eunan’s however, are looking to win the Dr Maguire Cup back to back, with Naomh Conaill being the last team to do so, in 2019 and 2020.

And after losing in the final last year, 1-11 to 0-4, Naomh Conaill have worked hard to get to the final again after some tough games, but the manager is under no illusion of the task they face against a St. Eunan’s team looking back to their best.

“We’re going to need that (grit and determination) to get anywhere close on Sunday.

“When you see what Eunan’s did to us last year and they’ve probably have improved further this year, we’re going to need to be at the top of our game.”

A sixth consecutive final is a reward for a group of players who continue to do the business every year, and Regan puts that down to their ambition and love for the game and how close knit the group is.

But there has been some tough injuries to take this year, with Ultan Doherty and Eoghan McGettigan both having season long injuries ruling them out, and Regan commented on how big a loss they have been for the side.

“The likes of Ultan (Doherty) and Eoghan McGettigan, Ultan has probably been our go to man in defence the past number of years.

“Any time we needed a big man marking job it’s usually him we turn to, so he’s a huge loss.”

Martin Regan: We need to show our fight to get ‘anywhere close’ to St. Eunan’s was last modified: October 7th, 2022 by Staff Writer
FacebookTweetLinkedInPrint