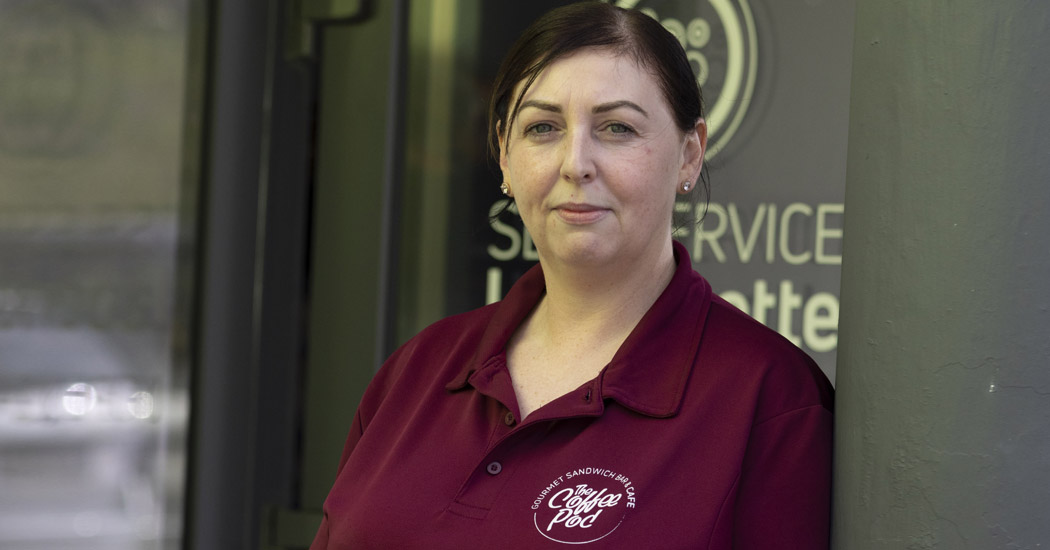 A coffee shop manager has spoken of her horror at hearing what she thought was a bomb going off when tragedy struck the village of Creeslough.

Siobhan Carr runs The Coffee Pod on the Wild Atlantic Campsite, just one hundred yards form the scene of the Applegreen Service Station.

As she looks out her window she can see the debris and the gaping roof of the tumbled garage.

Siobhan described the moment she heard the blast which shook the village to its core.

She said “We were just winding down for the day. There were a few people in the shop with us and we just heard a bang. Everyone just ran to see what they could do to help.

“Everyone just ran to see what happened. No-one knew what had happened. People were just rushing around to see what they could do to help. The community here is so good and so close.

“I saw locals going in with bare hands to clear rubble. It was horrific just watching it unfold and hearing that people were trapped.

The Coffee Pod team along with the Huckleberry coffee shop at the opposite end of the village have been providing free refreshments for workers since the horrific incidents.

“We’re just trying to give whatever comfort we can. Even if it is just coming in to sit down.

“Throughout the night, people were coming in all the time.

“We got to a stage where we had to turn food away. People have sent in stuff from other towns and villages. We have been inundated from people around the country.”

‘We’re trying to give whatever comfort we can’ – Creeslough cafes turn into support hubs was last modified: October 8th, 2022 by Stephen Maguire
FacebookTweetLinkedInPrint