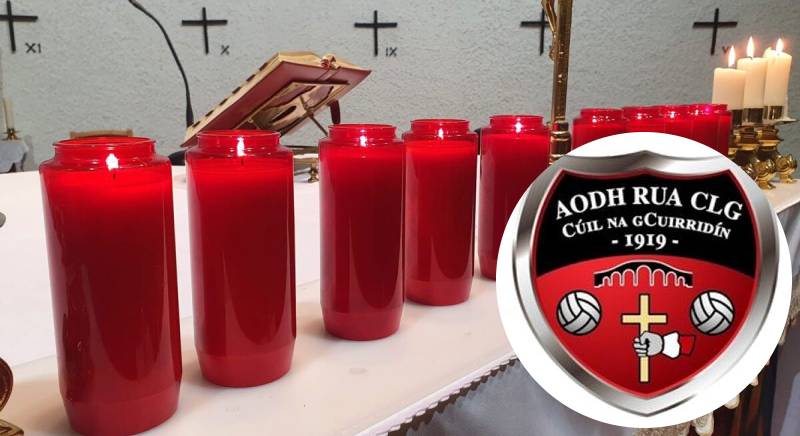 Red Hughs GAA club, Killygordon along with Brownes Bar in the Crossroads have generously donated €1,271 to the Creeslough tragedy appeal.

The club made their generous donation last night when conducting their draw, stating that the half of the funds raised from their draw that would usually go to the club, will be instead going to the fund for the devastated families of the victims.

Stephen Gallagher conducted the draw for the club on their Facebook page, and made the announcement, saying: “We’re donating our half of the 50/50 to the Creeslough community fund, it’s devastating what happened in Creeslough so its a small gesture from the Red Hughs GAA club.

“We feel helpless but maybe hopefully it’ll go someway to doing something for the families and victims involved. Terrible tragedy and condolences from everyone at the Red Hughs GAA club to the people of Creeslough.”

The draw was made in Brownes Bar in the Crossroads, and they asked the staff and customers if they would like to donate, upping the amount raised to a total of €1,271.

Meanwhile, An Post will be accepting donations today throughout Ireland, which will be channelled through the Irish Red Cross to provide practical support and services to all those who have been bereaved, injured or made homeless by Friday’s tragedy.

There will be no fee for making donations.