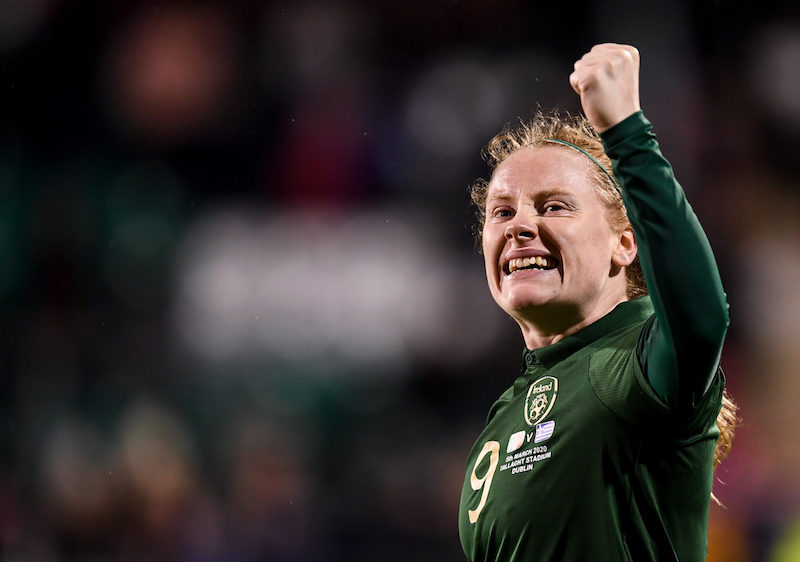 Breaking: Brilliant Barrett does it for Creeslough as Ireland reach first World Cup

Donegal soccer star Amber Barrett has scored the winning goal as the Republic of Ireland beat Scotland to go through to the World Cup Finals.

The Milford woman, who came on as a substitute, then went down on one knee in honour of the victims of the Creeslough tragedy.

Brilliant Barrett then kissed the black armband the team chose to wear in honour of those who died or were injured in the Applegreen Service Station disaster.

The Turbine Potsdam striker was mobbed by her teammates who knew how much the goal meant to Barrett after the tragedy in her home county.

But Barrett and her teammates saw the time out and reached the World Cup for the first time in Irish women’s football history.

Amber was rewarded for her brilliant goal by getting the Player of the Match.

Her manager Vera Pauw revealed how Amber said she would score.

“She promised me “when I get on I will make that goal” and that first touch made it all, It was incredible how she finished it.”