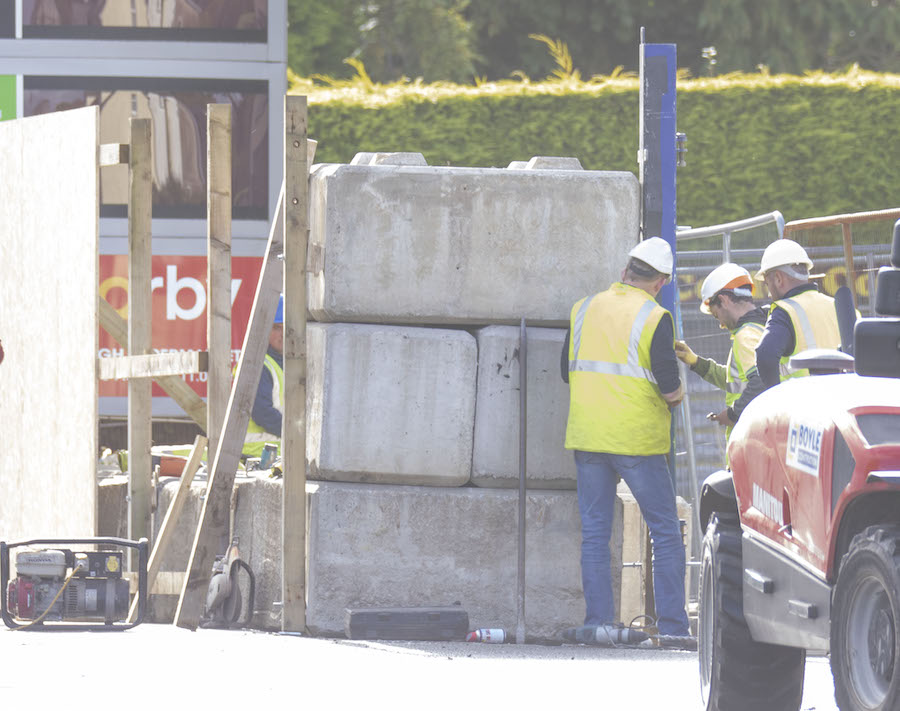 Local man caught in Creeslough tragedy encourages others to get counselling

A local man caught up in last Friday’s explosion in Creeslough has encouraged other people to avail of any counselling services they can get access to.

Father-of-three Bernard McGinley was at the site of the disaster within minutes of the blast and remained until Saturday evening.

The construction worker thought he was coping “quite well” until Monday.

“Talking about it, the memories are raw and it’s hard to comprehend it all. It’s hard to hear the stories of the funeral arrangements and the stories. It’s very highly charged and emotional.”

When his father telephoned him and asked if he had heard the bang, Bernard had realised something major was wrong.

“I jumped in the car, came up the road and when I got to Creeslough… it was just an unmerciful sight. There were people in severe agony and pain, people walking about bewildered.

“We were fortunate to come on a girl who was trapped behind shelving and we were able to rescue her, to take her out. Thankfully then we got the power turned off, the automatic generator turned off and we began to handle stuff out, break stuff up, take out blocks, debris to try and get to people who were trapped,” he told the Irish Times.

Bernard McGinley was at the site of the disaster within minutes of the blast and remained until Saturday evening.

What he saw and experienced was “horrific on reflection. At the time it was just a task that had to be done and we just cracked on with it… it’s more difficult now looking back on it. It sort of hits home.”

The visit by Archbishop Martin, he said, was “a great help to the people of Creeslough”.

“Everybody wants to come and see it and share some of the burden, and I think that helps.”

He said he would avail of counselling made available by the HSE, in Creeslough Health Centre and in nearby Ards for those affected.

“I have friends who availed of it and they said it helped them a lot. There was so much to do for so long and when there are tasks to do, it’s relatively simple just to crack on and do it. It’s when it calms down and you reflect. This doesn’t go away. People will require help for an awful long time.”

He released emotion for the first time when he got home on Saturday night. “My three kids were there and some people say we’re not a very emotional people, but when I saw my three kids I knew that’s when it hit me and Alannah was the first to wrap her arms around me.

“Nobody is looking to be a hero here. I did what we had to do. It was just an awful event. I don’t understand how this little community will ever recover from it.”

Local man caught in Creeslough tragedy encourages others to get counselling was last modified: October 11th, 2022 by Staff Writer
FacebookTweetLinkedInPrint