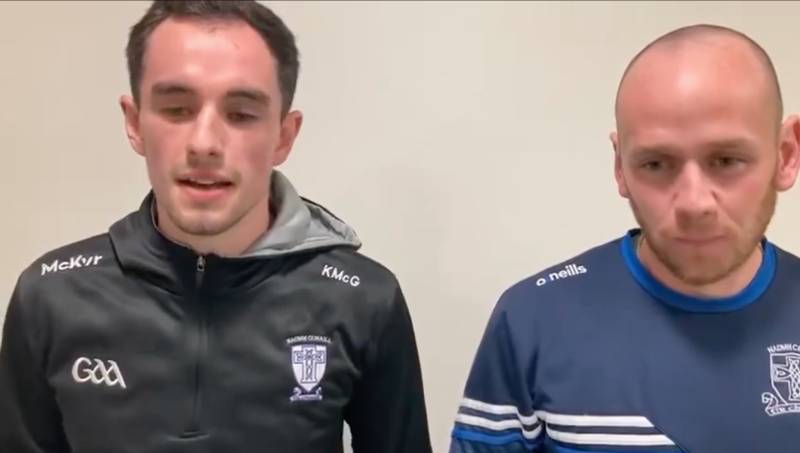 John O’Malley is adamant that Naomh Conaill aren’t in the Donegal SFC final  to make up the numbers as they look to get some form of redemption for their performance in last year’s final against St. Eunan’s.

Naomh Conaill went into that game as favourites, but never got going and the Letterkenny men came out 1-11 to 0-4 winners.

And while this time around St. Eunan’s are the favourites, O’Malley is hoping they can redeem their performance from last year’s final.

O’Malley said: “County finals are hard enough to get to so coming away from one that you didn’t perform, it’s always a tough pill to swallow, but we’re going into this one to hopefully put in a big performance.

“We all know what St. Eunan’s are about, they’re a formidable outfit and only seem to be getting better really. But we’re not going there to make up the numbers, we’re going to go out and put our best foot forward.”

Naomh Conaill captain Kevin McGettigan says that the script is flipped from last year’s final, with them being the underdogs this time, and

“Eunan’s showed how impressive they are over the field, they’re a brilliant side and they’re definitely going to be favourites going into this final.

“The script is flipped since last year, we had two big games leading into the final last year and we were performing well, on the flip side Eunan’s are coming in after a big game against Kilcar.”

Naomh Conaill have had plenty of tests so far in the Championship having faced only teams who made the quarter-finals.

An opening game draw with Glenswilly gave them no real room for error, while wins over Killybegs, St. Michael’s and Gaoth Dobhair followed for Martin Regan’s men.

O’Malley said”: “We had a tough start, we kinda knew the way the group draw came out we were to have to work had to get through to the quarter-finals so in the end we were glad we could do that.

“There was moments it was looking edgy enough especially in the quarter-final against Glenswilly we got off to a bad start.”

McGettigan added: “It was kind of the kick up the bottom we needed in fairness and thankfully we rectified that draw in Glenswilly in the games after that, it helped us in the long run.”