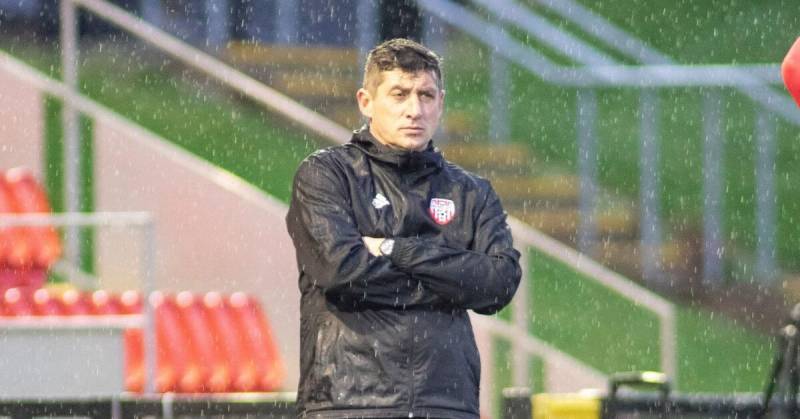 Declan Devine has been appointed the new Bohemians manager, leaving his post at Letterkenny Rovers.

Devine was appointed first team coach as Letterkenny Rovers just three weeks ago, but will make his return to managing in the Premier Division with the Dublin club.

Devine, a former goalkeeper, has had two spells as Derry City manager, with the second spell ending at the beginning of last season after a poor start to the season.

Bohemians parted ways with Keith Long in August after eight years in charge, making him the second longest serving manager until his departure, behind Finn Harps manager Ollie Horgan.

And they have been on the hunt for a new manager since, with Devine meeting their expectations, signing a two year contract.

Devine said: “The opportunity to lead this football club is something that really excites me. For me personally, it gives me so much pride. It is a proud moment for my family too.

“But we don’t have time to celebrate. I have a job to do, I will be completely immersing myself in moving to Dublin, and it will be full pelt from Monday.

“I am going to do everything in my power to ensure this club is back where it belongs and for me, that means Bohs being back at the top of the table.”