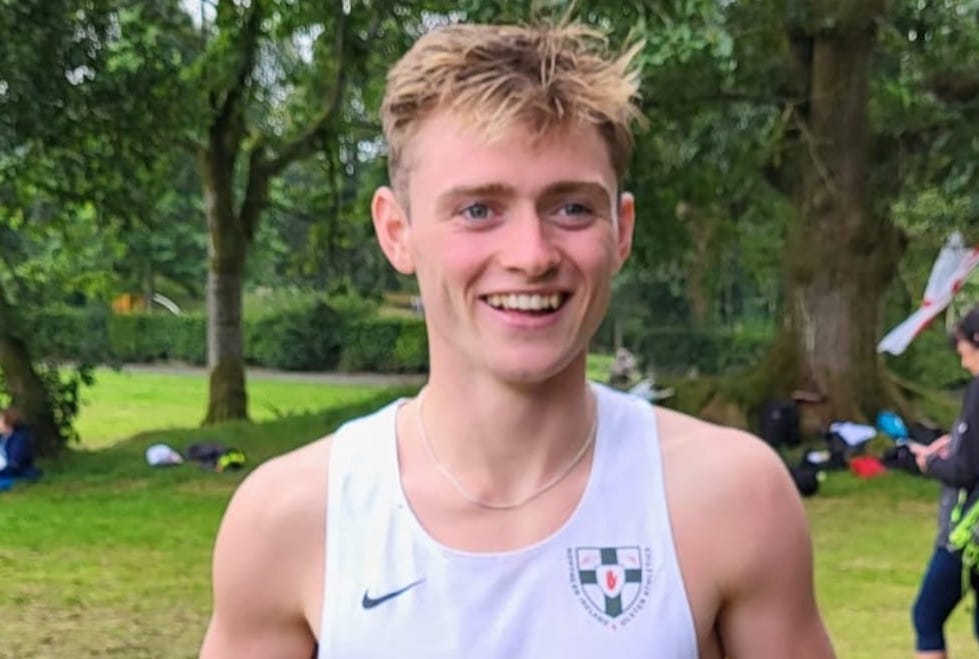 Sean McGinley was the winner of the 6km Junior Mens race at the Autumn Open International Cross Country Festival today.

The Finn Valley athlete finished the course at the Sport Ireland Campus in Dublin in a time of 18:19, eleven seconds ahead of his nearest competitor.

Watch what Sean had to say here:

In the Masters Women race, Letterkenny AC’s Natasha Adams was second in 21:53, behind Leevale AC’s Sinead O’Connor who won in 21:07.

Rosses AC’s Helen McCready was 22nd in the same race finishing in 23:24, while Catriona Devine of Finn Valley finished in 23:58 to come 27th.

Letterkenny’s Nakita Burke was 9th in the Senior Womens race, finishing in 21:23,

Finn Valley’s Noreen Bonner was 5th in the Masters Womens 65+ race with a time of 21:45 while in the Mens event, Brian McBride of Letterkenny AC came 15th in 28:42.