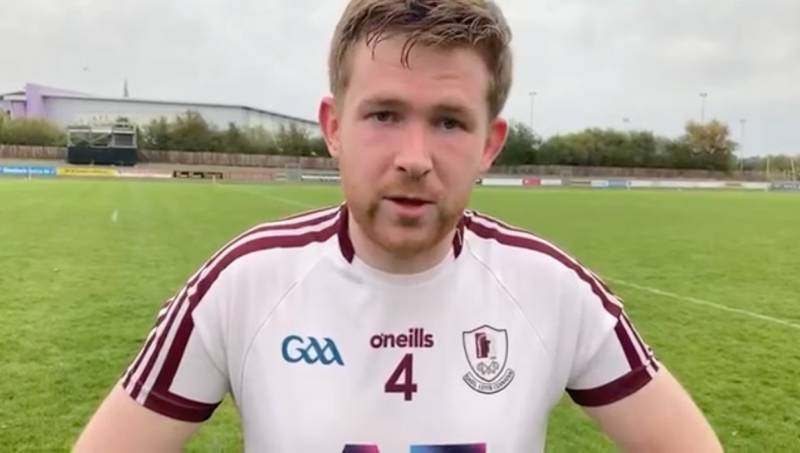 Letterkenny Gaels captain Conor Browne hopes his side can push on in the Intermediate Championship after they won their first ever Junior Championship today against Carndonagh.

Formed just 26 years ago, the youngest club in the county have been knocking on the door of the Intermediate Championship for the last couple of years.

The club have been playing in Division 2 of the league which contains senior teams, so they have been showing they can compete at that level, but they have had difficulty getting out of the Junior Championship.

And having finally made it today with an 0-12 to 0-10 win, captain Conor Browne is hoping the side can raise the bar and kick on as they move into the Intermediate Championship.

Two Junior final defeats in 2019 and 2021 knocked them down but manager Dougie Corbett was making sure his side wouldn’t be called chokers by losing a third final in four years.

Dougie also said that this achievement topped the lot of what he has experienced in the game.

Gaels didn’t have it all their own way on the day however, with their reserve side losing the Junior B final to Naomh Ultan, and the Dunkineely sides manager Dermot Brosnan spoke highly about his side after their 3-6 to 0-12 win.