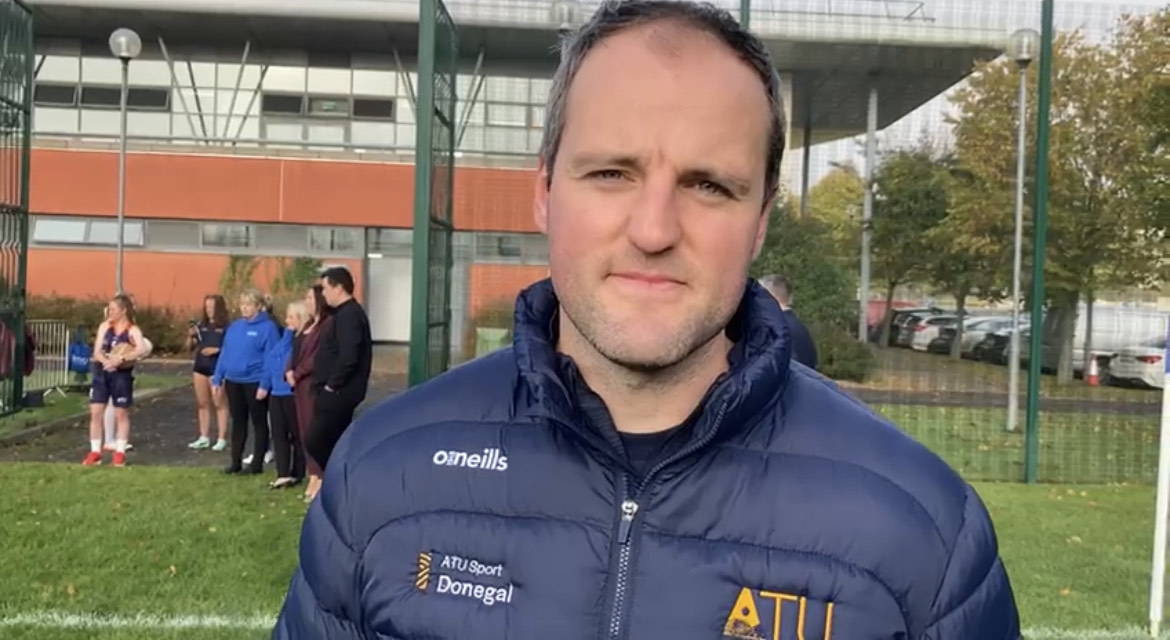 Watch: Diversity and inclusion at the heart of ATU Donegal’s new season of sport

ATU Donegal staff and students are sprinting into a new season of sport with a new term of fixtures and competitions unveiled.

Team sports and individual sports are back in action with a growing diversity of sports on offer, says Head of Sport Michael Murphy.

Murphy is also delighted to have a new sponsorship partnership with FinTru, the technologically enabled Regulatory Solutions Company who are based at the ATU’s Colab facility.

Despite losing some of the leading players from last year’s excellent run in the competition, Maxi Curran is hopeful that his ATU men’s squad will be competitive again in this year’s Sigerson Cup.

Barney Curran has taken on the Manager’s role for the first time and says his ATU Ladies team will be playing an exciting brand of football under his stewardship.
He believes that with the talent available they will give a very good account of themselves as the action begins this week.

Shane Bryne is at the helm for another year with the ATU Men’s Soccer team.

He has a number of new faces in his squad and with a tough schedule of games to come. A settling period required, he says, and he is hopeful they will be able to hold their own in a competitive group.